Four ideas to bring drug substance and drug product manufacturing back to the U.S. 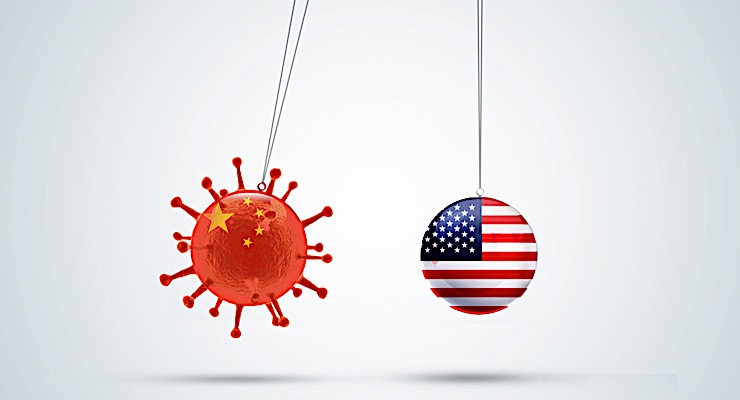 In a recent Contract Pharma article, I shared the challenges of working with Chinese manufacturers and questioned if these growing concerns are sparking a shift back to U.S. manufacturing. When I wrote that article, the COVID-19 crisis was mostly confined to China, yet now it has become a full-blown pandemic, which the U.S. is in the throes of today. Late last year I had the opportunity to testify on a panel in front of the House Select Committee on Health and Energy about  the nation’s over reliance on overseas manufacturing for many of our critical pharmaceutical products. If we only knew then what we know now.

While China continues to try and right itself after it’s coronavirus peak, India, another major source of API and drug manufacturing and raw material procurement, is now critically being affected by the pandemic. Many contract development and manufacturing organizations (CDMOs) and contract research organizations (CROs) in India are currently shut down, and we’re seeing lead times for raw materials extended to 10-12 weeks, instead of the usual six-to-eight weeks. India is also one of “the world’s largest producers and exporters of drugs, yet India’s pharmaceutical companies source about 70% of their ingredients from Chinese factories.”

The entire situation remains alarming. China is the second-largest exporter of drugs and biologics, or drugs from natural sources, to the United States and the largest for medical devices, according to the U.S. Food and Drug Administration (FDA). It is believed that about 80 percent of the APIs come from China and India. That supply chain is becoming increasingly at risk just when we need to have drug products to battle not only the coronavirus pandemic, but also heart disease, diabetes, cancer and other diseases. Today, U.S. hospitals and labs often don’t have enough of the reagents needed to deploy their COVID-19 testing kits.  And, generics, which make up 85 percent of the drugs taken by Americans, are at greatest risk.

The pandemic reinforces the vulnerability of the U.S. when relying on critical ingredients from China and India. Yet, while the COVID-19 crisis has brought our reliance on India and China to the spotlight, there have been other reasons for concern. Issues with the quality of manufacturing have resulted in drug product recalls and dangerous repercussions of tainted drugs.

Unfortunately, these problems have been going on for a long time, and the coronavirus crisis may be the spark that ignites government initiatives and renewed commitment among U.S. pharmaceutical firms to bring manufacturing back to the U.S. There are several Senate and House committees drafting legislation to both promote and require the reshoring of our vulnerable pharmaceutical sector. There is a real opportunity to achieve something for the greater good of America, but the question remains, is there the will and leadership required to take on the powerful forces that got us to where we are today.

The reality is that the value of drug substances and drug products in the generics sector in the U.S. has been rapidly decreasing year over year. Even though generics account for 85 percent of the prescriptions written in the U.S., there is still a continuous public and government push for cheaper medicines. No distinction is being made between branded and generic medicines, which only exacerbates the problem. This constant push for cheaper drugs without an understanding of where all the money goes increases the pressure on raw materials and manufacturing, to  where the cost savings can actually be achieved, overseas manufacturing.  If we increase the value of drug substances and drug products, reshoring will happen on its own.

Unfortunately, there is no amount of legislative tax breaks or accelerated depreciation the government can offer that will change this dynamic and move the needle to help us reshore pharmaceutical manufacturing. As long as we tolerate a system that allows a typical $1200/kg drug substance to pass from an API supplier, to a generic manufacturer, to a wholesaler, then a distributer, a pharmacy benefit manager and finally to a pharmacy where each one is marking up the product they touch, nothing will change. Ultimately, that $1200/kg of API is converted into $20,000-$30,000 or more of pharmacy sales to the consumer. That same API may only cost $800/kg from China but the $400 we save going overseas is miniscule compared to the value in the system between the API manufacturer and the ultimate consumer where no value is  added. This is where both the problem and the opportunity lie.

There is tremendous non added value that can be extracted from the system. It could be shared between both the drug substance/drug product manufacturers and consumers but will require a paradigm shift in how we sell and distribute pharmaceutical products in this country. The question is do we really have the will to do it or will we just wait until the next pandemic when we will most likely be in a worse position than we are now?

Below are four  ideas that could  bring drug substance and drug product manufacturing back to the U.S.

Reform the FDA
The FDA has always been agnostic when it came to manufacturers, and no preference of any kind has ever been given to U.S. manufacturers. Yet, foreign manufacturers get two or more months of warning when inspections will take place. In the U.S., inspections are unannounced. When it comes to the review process the fact is many regulatory and government bodies around the world do give preference to their home manufacturers as subtle as they may be. The FDA shouldn’t compromise one bit on quality or GMPs, but when it comes to approvals and reviews the mindset needs to change and it should be America first, especially on competing products.

Create an FDA reshoring task force
The FDA should form a task force and identify the top 50 strategic pharmaceuticals we need to always have an adequate supply of. The truth is the facilities, technologies, and capacity for most if not all of those products are in the US already. If not then  change the market dynamics and American ingenuity and investors will make it happen. As part of this task force a new dedicated review team should be established who focus solely on approving the facilities and applications of manufacturers involved in the strategic top 50. Then after the top 50 are secure, start to work on the next 50 and so on. Within 5-7 years we could substantially reverse the trends of the last two to three decades.

Create a separate semi-artificial market for the top 50 strategic products
By combining the pharmaceutical spend of the strategic national stockpile, the states, Medicare, Medicaid, the VA and other, we could have billions of dollars at our disposal. If manufacturers could get a guaranteed supply contract and preferential review from the FDA, they would flock to the opportunity to make these vital strategic products. Since the government would be purchasing the products directly, by streamlining the supply chain, value would be created with no additional costs, making them economically viable. Instead of offering tax breaks and accelerated depreciation, if the government offered to offset some development and registration costs, manufacturers across the country would rush to sign up.  By increasing the value, while simultaneously reducing the commercial risk of developing products, we could instantly remove the two main barriers every pharmaceutical company faces in producing products in the U.S.

Deregulate in order to remove contradictions
The last ten years have seen an unprecedented level of regulations passed on many industries, not just pharmaceuticals. The alphabet soup list of agencies from both the states and federal government that regulate every aspect of a manufacturing business is simply overwhelming. At any given time a pharmaceutical business may have to deal with the EPA, FDA, OSHA, DEA, Dept. of Labor and a host of state agencies. It has become so burdensome that many of the agencies have contradictory regulations. For example a state agency might mandate a firm reduce its use of certain solvents in its manufacturing process, while the FDA would then issue a Form 483 for not following a filed DMF. The examples of contradictions are endless.

It’s clear that many firms are struggling today because of the economic impact of coronavirus, so the idea of losing out on the cost savings achieved by offshoring drug manufacturing to India and China may seem unreasonable. Yet, as the crisis has demonstrated, the long-term implications of being reliant on other countries for critical drug supplies comes at a much higher cost that is too difficult to ignore. The simple fact is the value in the system is already there to make a real difference. It cost billions of dollars over many decades for us to become energy and food independent as a nation. Isn’t it even more important that we become pharmaceutically independent as well?

Considering that it won’t take billions of dollars to solve this problem, just political will and  leadership, wouldn’t it be irresponsible not to do something? 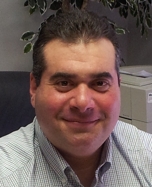