The Pandemic’s Become an Insurmountable Opportunity

Every Cloud has a Silver Lining(?) 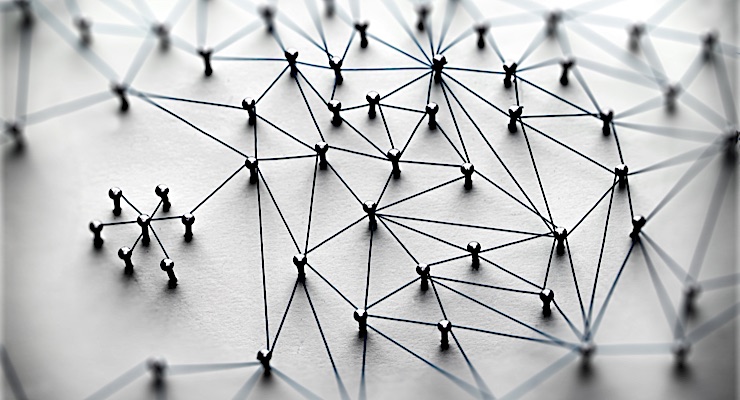 It was very sad. So many small businessmen, working hard, learning their trade, and contributing to the greater good, were put out of business. No, not what you are thinking, I am referring to the blacksmiths, horse ranchers, breeders, and carriage makers who were put out of business by Henry Ford and his ilk. Or, what about all those cobblers, seamstresses, potters, and such, all displaced by factories during the Industrial Revolution? Type used to be set by hand at newspapers, all those folks lost their jobs. Toll-takers? Telephone operators? Are you starting to see my point? In no way am I ignoring the pain and loss of the moment, just showing it is not unique in history—the 1917-1920 “Spanish” flu killed millions, malaria in developing nations, and measles in Hawaii soon after being visited by Europeans.

Just as a stray asteroid or comet sped up evolution of the mammals by eliminating the dinosaurs, this heart-breaking virus has sped up a lot of things that were already happening. People were already purchasing more and more on-line and “brick and mortar” stores were already closing. People were already beginning to eschew movie theaters for streaming movies, order from delivery service, in lieu of dining out, and so forth. The shut-down has merely speeded things up.

As I mentioned in recent columns, the 12,000-mile supply chain of the Pharma industry was about to go the way of hand-picking cotton when faced by the cotton-gin. And, I believe it will improve the quality and availability of the products we make. Anyone who watched TV during the pandemic has seen some innovative methods of producing an appearance of “togetherness.” We had a virtual celebration of graduating students, late night shows combined images and the sounds of individual musicians to (somewhat) generate the sound of an orchestra/band, and many religious services are held via Zoom or Skype. Can this connectivity be expanded to Pharma?

When I attended the Contract Pharma conference last September, my knowledge of how contract manufacturing organizations (CMOs) work was greatly increased. Having spent the bulk of my career with larger Pharma companies (both as employee and consultant), I hadn’t known how complex the CMO business really was. Several product delivery designs particularly struck me: the final product was based on the efforts of numerous suppliers. While not as complex as the automotive industry, it was hardly an in-house operation. Logically, this is the result of major companies outsourcing one function after another. The distribution, one performed by the producer, was outsourced to distribution centers, each handling numerous companies’ products.

Packaging, now far more complex than “just” bottles, includes all types of dispensers, blister packages, and even such additions as “child-resistant” caps and desiccant inserts require more hardware than the big companies wish to acquire, especially when they produce at so many locations. It goes without saying that labels and containers have always been produced by third-party vendors, but now, as the delivery systems get more imaginative, more and more vendors become involved.

So, now we have the “perfect storm” of supply chains: dozens of sites domestic and overseas, producing dozens of products, supplied by dozens of independent vendors all spread over thousands of miles. That means all the parts of the puzzle—raw materials, excipients, labels, desiccants, bottles/blisters/dispensers, and distribution of the product—not to mention analysis and stability testing are, by definition, dependent upon frequent and easy (mostly air) transport of goods and personnel (mostly QA and formulators) to and between sites.

Now, like a huge game of Jenga, COVID-19 pulled out one too many blocks, resulting in the current state of affairs. There are a number of shortages of various products in pharmacies, but, more to the point, it is almost impossible for Quality inspectors to visit their contract manufacturers, thus, the “honor system” may need to suffice. Although, if all manufacturers could be trusted, QA departments and the FDA/EMA inspectors wouldn’t exist, would they?

However, a number of notable things have come along in recent years while not seemingly related, but may meld into a “new way” of pharmaceutical manufacturing. These are:

1. Lifecycle Management. This push by the U.S. FDA was meant to encourage Pharma manufacturers to continually improve their products as they gain experience manufacturing them, over time. Under batch-style cGMP manufacturing, this is difficult, at best, unless just being more careful making the product is considered “better.”

2. Continuous Manufacturing (CM). This approach, or even merely using QbD, allows a company to change its process (legally) and make continuous improvements. In the time of less employees on site and still a need for drug products, CM needs less hands-on (smaller numbers of operators), less space, less HVAC, etc., while making the product better and giving the ability for older products to be made more efficiently and with a lower cost of goods sold (COGS).

3. Pricing Legislation. Many Western countries have stringent pricing restrictions already in place and President Trump recently signed an executive order, stating that Medicare needs to be given the same prices that large multi-nationals give countries with a national health service as well as other restrictions. If Pharma companies do not reduce the costs of manufacturing, their profits will quickly evaporate. Continuous manufacturing is one of the best ways to reduce COGS. It reduces waste as well as reduces power and time demands. The quality of continuous monitoring also ensures that recalls are essentially eliminated, as well, further lowering the COGS.

4. Shrinking Footprints of the Giants. I’ll merely point out that the largest Pharma companies are divesting many of their sites, making them more dependent upon contract operations.

5. Pipeline Interruptions. In the simplest of terms, cost isn’t everything. While buying an item from 5,000 miles away can save 5%, how much does it cost when it isn’t delivered for a month? Therefore, using Occam’s razor, it is simpler to buy “local” than try to save a few shillings on long-distance purchases. “But,” you may say, “the local material isn’t exactly the same.” True, but, as we keep stating, with QbD, legal changes may be made in the production to ensure consistent final product quality.

Putting all these together, we have a potential for a new paradigm in producing pharmaceutical products.

1. With the assistance and guidance of their sponsors, contract manufacturers can be given the fruits of years of QbD investigations. Indeed, CMOs can use the models generated at the “mother-ship” for their local production, using locally obtained raw materials.

Proprietary companies can even share formulation details (under NDAs, of course) and even “lend” or sell or lease the production equipment currently used for the production of the final dosage forms, especially after patent protection ends. That would help off-set the expected loss of sales to generic competition. It allows the big boys to make back some capital investment costs and assures a better product for the public.

2. In light of the cost of product issues (restraints by governmental agencies), it would be a neat idea for some deeper partnerships (of course, while observing all anti-trust, anti-competition laws) between proprietary companies and generics/contract companies.

Assuming that the initiator companies have moved to QbD and, hopefully, CM, this would allow transfer of the production to the secondary site a simpler task. In fact, since patent protection will end for any branded product, no matter what mechanisms are utilized, maybe it would be better to accelerate the “end of the road.”

By that, I mean enter into “relationships” with contract manufacturers or generic houses to produce the products years before the patent ends. The generic/CMO could supply the initiator with the drug, branded as it had been, but learning how to produce it at the same quality as the initiator. In fact, if it is being produced by CM, the bigger company can actually supply the hardware and teach the new company how to best use it. For example, Pfizer has been putting CM set-ups into trailers and shipping them to the locations where it wasn’t developed, assuring fast start-up times for existing products at new locations.

This program could be financed in several manners—I leave it up to the money-people to iron out details:

1. The initiator company can supply or underwrite the CM equipment for the smaller site. Payment could be over years or in the form of portions of the profits that the CMO or generic makes after patent expiry. So, in effect, the second company would make the products for the initiator company, make a profit, and learn how to make future products by CM, increasing quality and meeting pricing laws.

2. Any cooperative deal might even include the chosen (smaller) company paying a fee to the initiator company for a set period of time to repay getting a (much longer) head-start on any other generic competitors. All contracts must be within legal constraints, of course.

If this approach works, the larger, initiator companies could become, in reality, the R&D centers, formulators of new products including stability work, and the designers of the final dosage form. After product-introduction and gaining an idea of the level of sales potential for each product, the production can be transferred with proper validation, of course, to the secondary, contract or generic sites.

This approach would allow the major sites to continue R&D and formulation with fewer personnel and a smaller footprint. In fact, the sites they are downsizing could be sold to or converted into contract sites for the bulk of production.

I see this trend in some places already. I just think the post-pandemic world can be made to adapt to this new (and to some) radical paradigm. Thoughts?

Emil W. Ciurczak has worked in the pharmaceutical industry since 1970 for companies that include Ciba-Geigy, Sandoz, Berlex, Merck, and Purdue Pharma, where he specialized in performing method development on most types of analytical equipment. In 1983, he introduced NIR spectroscopy to pharmaceutical applications, and is generally credited as one of the first to use process analytical technologies (PAT) in drug manufacturing and development.