Waking from the “Coma of COVID-19” 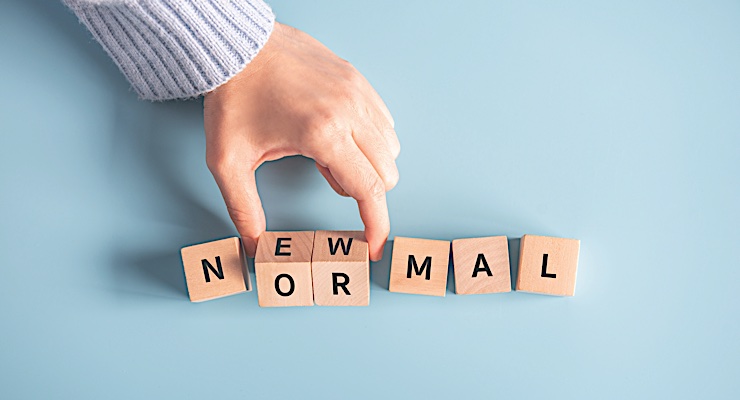 In the words of the great Yogi Berra, “Everything takes longer than it takes.” While the US of A is making great strides at vaccinating its people, Europe and Asia are lagging behind, and India and Africa are having major outbreaks. Since no one is safe while more variants of the COVID virus keep appearing, we will not be going back to “normal” anytime soon, if ever. There is always a chance that the coronavirus will be as controlled as measles, polio, or smallpox, but for years (or, like the flu, always), we may need to continue both getting booster injections and using masks/distancing inside for longer than we first imagined. So, how do we adjust to the new normal?

Coming back from the draconian restrictions (and terrors) and modes of working during a pandemic lockdown will not happen overnight—and that may well be a good thing. The “old normal” had flaws that, like a fish who doesn’t actually “see” the water in which it swims, we didn’t recognize that we were doing things by rote for no discernable reason. We also found some serious flaws in our infrastructure: virtual meetings showed (in so many ways) why we needed better WiFi bandwidth and, in my own neighborhood, the water company that supplies us was forced to truck in water to the wells. Neither system was built for this emergency; both were predicated on most of the residents being out of the house. The adults were to be at work while the children were safely at school. Surprise! Everyone was home and severely taxing the water, electricity, and cable systems. Who knew?

Want more things we blindly accept as normal? For example, does anyone remember why cold-water spigots are on the right side of sinks? Why are forks, knives and spoons aligned on the side of the dish and why in the order they are placed? These are, of course, trivial examples, but the same questions may be asked of many work-related issues and practices. Some of these were addressed pre-pandemic, but others really now need to be met, head-on.

One seemingly minor flaw could be routinely using both methyl and propyl parabens in liquid formulations (e.g., hand creams or ointments). When I ask most young formulators the simple question, “why?”, the vast majority gave answers that amounted to Tevye’s song in Fiddler on the Roof: “Tradition!”

Spoiler: It turns out that the oil-soluble propyl and the water-soluble methyl parabens were used back when the two phases were emulsified to make the cream, assuring anti-bacterial action in both phases. In recent years (decades?), we have been mostly using propylene glycol (single phase), but still add both parabens.

“Why does that matter?” you might ask. Well, since both are considered critical components, both need to be analyzed in new batches and stability samples. One assay is no problem, but the added time of standard prep and longer HPLC run times adds up over the year in both time and cost of solvents.

Tradition? Maybe a few hundred products or so need some updating?

The U.S. FDA (and EMA) has been performing a large number of virtual inspections, but, being constrained by travel restrictions, many companies, largely in India and China, who have been tasked with remediation via warning letters, for example, are waiting for formal, on-site inspections so that they may continue production. Since 40% of our dosage forms come from these two countries, such “non-inspections” will lead to either 1) shortages or 2) Agencies allowing them to produce products “on their honor.” Neither outcome is especially desirable.

While using portable devices (iPads, etc.) allows FDA or EMA inspectors to look around a facility (being carried by company staff, of course), there are some serious limitations to this approach:

This is not to say we will completely abandon some of the tools now being used. As I mentioned some time ago, with a fully validated/implemented PAT/QbD line (and now continuous manufacturing) in place, frequent remote observations of the process are quite useful, even as training tools for new inspectors. Access via the internet could allow an Agency inspector to dial in a process line and monitor the monitors, for example. These could be either planned or “surprise” inspections; planned, as in “every other Thursday, from 1-3pm” or random, without warning.

The surprise visit would mean heavy security protocols, since it would mean a computer, outside the facility would need access without actually requesting such each “visit.” When Moheb Nasr was at the FDA, he indicated in a one-on-one conversation that his ideal for a PAT/QbD location “visit” would be just as I suggested: watching the feeds from the monitors in the process stream. That was his pipe-dream (at least) ten years ago. Now, it may well be the norm in the near future.

One interesting side-effect, and another unintended consequence, of my last company placing metallic-coated Mylar on the windows to cut down on air conditioning costs was a security increase. We were made aware of its effect when visitors (sales reps and employees from other locations) began complaining they couldn’t get any phone reception. We had inadvertently produced a perfect Faraday cage! That meant that while we were inconveniencing some people, the company could proceed with its plan of using wireless pads and computers to allow bench chemists to directly enter data, without fear of transpositional errors when copying from their notebooks to our computer system. This “minor” discovery can be applied to wireless monitors in a PAT/QbD/CM process line without fear of industrial espionage.

Along the security line, it used to be a termination-level violation to take your notebook off campus, for obvious security reasons. With the advent of secure VPN networks, any analyst or manager can work securely from home. Since half of our time or more is dedicated to writing observations, reports, SOPs, observations, etc., working from home several days a week would allow for less office space needs or, if the writing is done in the lab, less bench space needs.

We already know we can have our weekly/monthly meetings virtually, so those are covered and our writing can be done remotely, either alone or in teams. This change, alone, diminishes HVAC and space requirements, allows employees to spend less on travel, and if you have cafeteria service lower food costs. Wow, cost savings and helping the environment: a win-win.

There may never be a true “end” to this current virus’ potential. Remember when anti-vaxxers refuse the MMR vaccine, massive eruptions of measles and rubella follow. While called “childhood diseases,” they have serious consequences. Health officials are warning of more future pandemics, so it would behoove us to have in place modified working conditions. Some humble suggestions are:

This concept may be expanded/morphed into alternate days (M-W-F, one week and T-Th the next, and so on), three or four-day weeks (longer days, more at-home work), or even split days, where half the staff has mornings and the other half afternoons. (This worked for me in high school, especially since the half days were longer than half.)

Actually, the combination of any or all these suggestions will depend on the actual job assignments. Clearly, a mechanic or operator cannot work on production equipment from home, but so much of what the formulators and R&D types do is library and bookwork, anyway, so why not simply do the reading and writing and thinking at home?

In my (humble) opinion, we do quite a number of unnecessary functions now. Why? We have five eight-hour days to fill, so we eschew critical thinking and almost “hunt and peck” our way to methods and formulations. A well-designed DoE works for analytical methods and product formulations, so to quote a rule-of-thumb for carpenters, “Measure twice; cut once.” I wrote some time back that we claim to know how to formulate, know how to manufacture, and know how to analyze products. Then why do we formulate a CAPA (corrective action preventive action) plan?

Better work habits will more than make up for less on-site hours.

Emil W. Ciurczak has worked in the pharmaceutical industry since 1970 for companies that include Ciba-Geigy, Sandoz, Berlex, Merck, and Purdue Pharma, where he specialized in performing method development on most types of analytical equipment. In 1983, he introduced NIR spectroscopy to pharmaceutical applications, and is generally credited as one of the first to use process analytical technologies (PAT) in drug manufacturing and development.