What Happens When the All-Clear Signal is Given?

Maybe 3M had some good ideas? 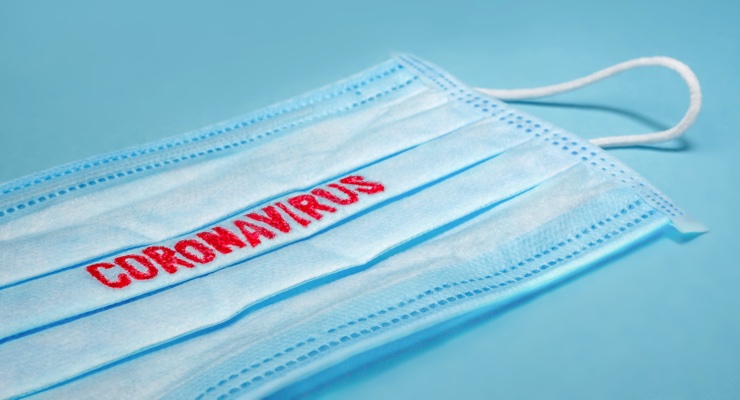 About the time this comes to print, most of you will be venturing from your fallout shelters, er, uh, I mean home offices. Living in New York (just north of the city), I have experienced 9/11, Hurricane Sandy, and COVID-19, in just a few decades, so, wherever you live, I can quote Bill Clinton, “I feel your pain.” When I wrote my earlier column, I had no idea that the COVID-19 virus would have the effects it did. I had been considering our on-going trade wars between POTUS and China, Europe, etc., upsets like the Iceland volcano, or preventable incidents, such as 9/11 in 2001. Guess I just got (un)lucky.

Now, when you do finally re-enter the world, you will need to ask some hard questions about the way you currently do business. Some of which are: In the past, I have used gas and liquid chromatography (GC and LC) as examples of technologies suffering from a myriad of cottage industries. One of the reasons that the Food and Drug Agency refused to allow New Drug Applications (NDAs) to use chromatography as a primary analytical method for release of the product was the peculiar nature of each column packing. The paradigm, at that time, for GC columns was to buy a supply (5 gallons) of silicone oil, dissolve a small amount in a solvent and use a Roto-Vap to coat silica gel. We had this particular packing for a year or two, then hoped we could find a similar polymer for our next year or two. It was almost as bad for LC packings—each supplier had proprietary packings, making it nearly impossible to have back-up columns, should your supply be interrupted.

Spoiler alert: virtually every pharmaceutical product on the market today is analyzed and released by chromatographic methods. How did that happen? Chromatographers began classifying their HPLC packings as compilations of McReynolds constants. For GC, the relative retention times of benzene, ethanol, methyl-ethyl-ketone, nitromethane, and pyridine, were documented, as these solvents represent Lewis acids and bases, polar and non-polar solvents, and unsaturated chemicals. In short, we had a method to standardizing all column packings, meaning we could quickly validate a substitute for a current product, should it be unavailable.

This is certainly not a novel concept. Spectrometers have been calibrated with standard materials for a century or more. Ultraviolet, visible, near-infrared, and infrared units are all checked for wavelength accuracy by chemicals (liquids, solvents, metallic oxides) supplied by firms, but traceable to an institution (a bureau of standards, N.I.S.T., etc.). When GC and LC suppliers began standardizing technologies, they became the backbone of the industry. So, how did they stay in business, if they weren’t the only source of “column X?” On the fundamentals, used by automobile, lab instrument, and wristwatch suppliers: price, availability, dependability, customer service (for lab instruments, that means applications notes and personnel to assist scientists), and, most importantly, reproducibility.

This approach is nothing new. Mr. Ford knew the benefits of interchangeable parts on an assembly line: cost, availability, speed of assembly, etc. One (sad) observation of our industry seems to be a carry-over of 18th century beliefs. “Scientists” believed there was a difference between “chemicals” and “living chemicals.” The difference was smashed when, in 1828, the German chemist, Friedrich Wöhler synthesized urea by treating silver cyanate with ammonium chloride. This was the first time an “organic” compound was artificially synthesized from inorganic starting materials, without the involvement of living organisms.

In this vein, my experience is that pharmaceutical analysts (as well as most organizations) think they are different from all the rest of chemical industries. When I introduced a 60-year old chemical test for benzalkonium Cl, based on a surfactant assay, my fellow analysts at Sandoz were amazed. Sadly, NO ONE involved in Pharma analysis would ever consider glancing at any analytical text or journal not of their cult. Like organic chemistry before the synthesis of urea, their methods were “different” from mere chemical industries’ methods. Slowly, we are learning to emulate non-Pharma industries. For example, when Ajaz Hussain held the meetings that led to the PAT Guidance (finalized in 2004) in 2002, he had speakers from, in one case, the auto industry to lead seminars and group discussions.

It seems that just about every other industry had adopted modern production methods while we were firmly planted in the 1960s. I once observed that a person who retired in 1970 could come back to work today and not need much training to be back on the job. Even surfactants were being produced continuously in the 1970s. In Japan, one country had four parallel lines of railroad tanker cars lined up. One contained fatty acid or alcohols, one chlorosulfonic acid (which were reacted in a continuous stream), another with strong caustic (e.g., 50% NaOH) to be used to quench the excess acid and bring the pH to about 9, and the last line of cars to be used to store and ship the finished product. All this while 40 years later, we are still using “batch processing” (or cGMP) methodology to prepare drug products.

Considering that most solid dosage forms are, in essence, simply mixes of powders, there is really no good justification for the weeks each batch takes to make. Don’t even plead the importance of assuring quality when you only analyze 20 tablets out of every 1-2 million!

However, since there are no price restrictions or constraints (e.g., the U.S. government negotiating prices for Medicare in all 50 states, not in a piecemeal manner), any inefficiency may be covered by simply raising prices. While generic competition helps, there are few other pressures to reduce prices.

Of course, the massive potential cost savings from continuous manufacturing (CM) are not the only reason to indulge. A couple of other reasons for convert to CM are: “All this is well and good,” you may say, “but, where does 3M come into the picture and what does that have to do with my product?” I’m glad you asked. As I may have mentioned previously, even though I am a chemist, I find Bloomberg’s Businessweek quite informative. Considering that almost every company makes changes or improvements only when and if they help the bottom line.

Two weeks ago, Businessweek had a multi-page article about the response of 3M to the COVID-19 pandemic. Being a successful business, they watch for the potential uses for their product. In response to the H1N1 outbreak, 3M read and absorbed the 2006 plan that was put together by Obama’s health advisors that predicted many more and potentially harsher pandemics could and would happen in the future. Sadly, the pandemic response team was disbanded two years ago, but that is water under the bridge. In any case, 3M decided to brace for a potential problem.

Instead of seeing the Swine Flu dissipating and dismantling their “war setting,” they purchased more mask-making equipment and “moth-balled” it, if and until it might be needed. As the virus spread from Asia to Italy, they hired more people, ramped up production, and most importantly, found local sourcing for materials. They procured textiles and plastics from local sources, hired a large number of workers, all while spacing the equipment such that “social distancing” was, de facto, unavoidable. It is predicted that they will, over the next 10 months, make one billion N-95 masks!

How would we match that in a Pharma paradigm? Maybe, simply scrapping “just-in-time” would help. IF we switch to continuous manufacturing, all current cGMP companies would be “stuck” with a huge amount of warehouse space since there would be no intermediates to store, nor any final products awaiting final release from QC. What to do with all those empty shelves? Well, shut off the lights, lock the doors and leave them alone.

Here’s one suggestion: when you see the beginnings of the next world-wide threat (yes, there will be one), be it a political problem (trade war?), volcano, tsunami, or pandemic on the horizon, turn on the lights in the empty warehouses, turn on the heat, hire more people, and order, order, order raw materials. Then, proceed to make enough product to see you through and allow time to find alternate suppliers in an orderly fashion.

Emil W. Ciurczak has worked in the pharmaceutical industry since 1970 for companies that include Ciba-Geigy, Sandoz, Berlex, Merck, and Purdue Pharma, where he specialized in performing method development on most types of analytical equipment. In 1983, he introduced NIR spectroscopy to pharmaceutical applications, and is generally credited as one of the first to use process analytical technologies (PAT) in drug manufacturing and development.
Related Searches