Patent expirations and currency swings were the big stories for Top Pharma revenues in 2012. Cumulatively, our Top 20 companies saw revenues fall 3% to $448 billion last year, although their net income for that span was virtually flat, at $93 billion. Our top six companies all saw revenues fall last year as they reload for the future. The only companies to show double-digit gains relied on generics (Mylan), an acquisition (Teva, getting a full year of Cephalon revenues) or out-and-out sales growth (Gilead).

Nonetheless, the ranking remained relatively stable (we included last year’s position in the chart on the right for reference). That likely won’t be the case next year, with shakeups due to further generic erosion and AbbVie’s shift over to the Top Biopharma ranks. In fact, as more Tops Pharmas derive greater shares of revenue from their biologics programs, we may have to rethink the whole Pharma/Biopharma split in a few years. . .


Note: In all Top Company profiles, dollar amounts are in millions.
Suggested For You 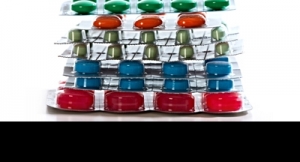 Who Executes The Executives?