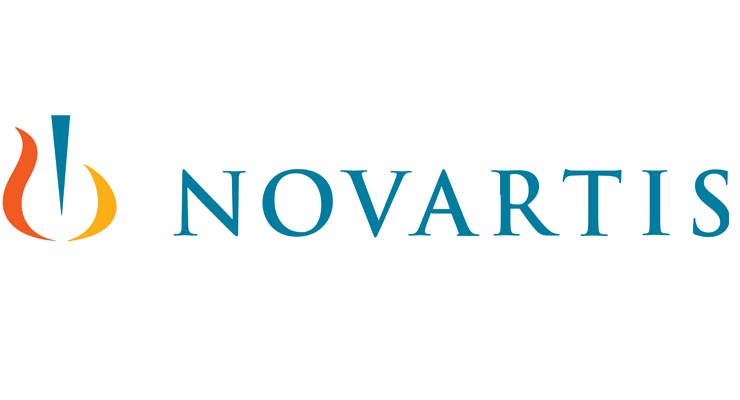 Novartis made major deals in 2019 to bolster its eye and cardiovascular drug portfolios.
By Tim Wright, Editor, Contract Pharma07.15.20

Sandoz revenue climbed a bit, just 2%, to 9.7 billion despite continued pricing pressure in the U.S. Outside the U.S. sales were stronger on 7% growth. Global sales of biopharmaceuticals grew 16% to $1.6 billion driven by continued strong double-digit growth in Europe from Hyrimoz (adalimumab), Rixathon (rituximab) and Erelzi (etanercept).

Key business highlights from the year included the successful spin-off of Alcon as a separate public company and the acquisition of Xiidra, expanding the ophthalmic pharmaceuticals franchise. The Medicines Company was also acquired during the year, adding inclisiran, a potentially transformational cholesterol lowering therapy to address cardiovascular disease.

Innovation milestones reported in 2019 included five NME approvals of potential blockbusters including the first drug treatment for breast cancer with a PIKC3A mutation, the first oral drug to treat aSPMS, the first gene therapy to treat SMA and next generation treatments for sickle cell disease and wet AMD. In addition, regulatory filings were submitted for several major drugs, including ofatumumab, inclisiran, capmatinib and Cosentyx in nr-axSPA.

BolsterED eye and cardiovascular drug portfolio
The major deal for Novartis in 2019 was its purchase of The Medicines Company for $9.7 billion. The deal significantly bolsters its cardiovascular portfolio by adding inclisiran, a potentially transformational investigational cholesterol-lowering therapy to address the leading global cause of death.

When the deal was announced in November 2019, The Medicines Company recently unveiled data from its clinical program consisting of three Phase III trials (ORION-9, 10 and 11) for inclisiran involving over 3,600 high-risk patients with ASCVD and FH. In all trials, inclisiran demonstrated potent and durable LDL-C reduction with an excellent safety and tolerability profile. Furthermore, inclisiran’s potentially first-in-class, twice-yearly dosing schedule allows administration during patients’ routine visits to their healthcare professionals and will likely contribute to improved patient adherence and sustained, lower LDL-C levels.

The deal to acquire Takeda’s dry eye drug Xiidra (lifitegrast ophthalmic solution) was worth $5.3 billion. Also, as part of the agreement, Novartis will be taking on approximately 400 employees associated with the product. Xiidra is the first and only prescription treatment approved to treat both signs and symptoms of dry eye by inhibiting inflammation caused by the disease. The transaction bolsters Novartis’ front-of-the-eye portfolio and ophthalmic leadership.

Towards the end of the year, Sandoz strengthened its position in Japan when it acquired the Japanese business of Aspen Global Incorporated (AGI), a wholly owned subsidiary of Aspen Pharmacare Holdings Limited, for approximately $450 million.

The acquisition enables Sandoz to expand its presence in the third largest worldwide generics marketplace and complements its broad portfolio and pipeline of hospital generic and biosimilar products. Aspen’s portfolio in Japan consists of off-patent medicines with a focus on anesthetics and specialty brands. Additionally, AGI has entered into a five-year manufacturing and supply agreement with Sandoz, which will take effect from completion of the transaction, for the supply of active pharmaceutical ingredients (APIs), semi-finished and finished goods related to the portfolio of divested brands. Full-year sales for AGI in 2019 were €130 million.

The launch of Anthos Therapeutics
At the beginning of the year, Novartis, with the backing of Blackstone Life Sciences, launched Anthos Therapeutics, a new biopharmaceutical company focused on advancing next-generation targeted therapies for high-risk cardiovascular patients. The new company is based in Cambridge, MA.

As part of this launch, Novartis has licensed to Anthos MAA868, an antibody directed at Factor XI and XIa, key components of the intrinsic coagulation pathway. A large unmet medical need exists for next-generation anti-thrombotic therapies in patients currently underserved by conventional anti-coagulant therapies. As a promising anti-thrombotic modulating genetically and pharmacologically validated components of the intrinsic pathway, MAA868 has the potential to prevent a variety of cardiovascular disorders with minimal or no bleeding risk within a new long-acting treatment paradigm, which would provide major advantages over the conventional standard of care.

Funds managed by Blackstone Life Sciences, a private investment platform with capabilities to invest across the lifecycle of companies and products within the key life sciences sectors, provided $250 million for Anthos and will control the development of the products. Novartis will retain a minority equity interest in Anthos.

John Glasspool, a former leader of Novartis’ cardiovascular franchise with 30 years of experience in the biopharmaceutical industry, was appointed chief executive of Anthos.