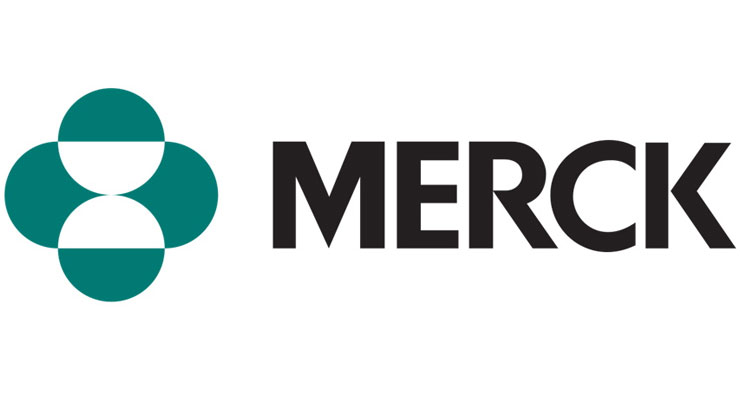 Merck’s 2019 pharmaceutical sales increased 11% to $41.8 billion. Sales were driven primarily by the oncology franchise reflecting strong growth of the star of its portfolio, Keytruda, as well as increased revenue related to Lynparza and Lenvima. Also contributing to revenue growth were higher sales of vaccines, including Gardasil/Gardasil 9, Varivax, ProQuad and M‑M‑R II.

Investing in its biopharma future
In the middle of the year Merck announced the restructuring of its manufacturing operations. The plan called for pouring more dollars into biologics manufacturing while closing several older facilities along with a workforce reduction.

The restructuring of its manufacturing and supply network is expected to be completed by the end of 2023 with estimated costs between $800 million and $1.2 billion, and charges of approximately $500 million in 2019. About half of these costs will relate to the closure of facilities and employee severance, the company said.

As part of this effort, Merck unveiled plans during the year to invest more than $650 million and create more than 400 jobs in North Carolina, building a new production facility at its Maurice R. Hilleman Center for Vaccine Manufacturing in Durham and expanding its packaging operations in Wilson. This project will enable Merck to meet growing demand for Gardasil and Gardasil 9 recombinant human papillomavirus (HPV) vaccine, which is used to prevent several cancers associated with HPV.

Merck’s Gardasil 9 vaccine helps prevent nine strains of HPV, including two HPV types that cause an estimated 70% of cervical cancers. Merck’s project to expand its North Carolina facilities includes plans to design, build, and win qualification from the FDA for a new 225,000 square foot manufacturing facility to produce active ingredient for the vaccine. The new facility will be located at Merck’s current manufacturing center in Durham.

In October 2018, the company announced plans to invest $122 billion in new projects through 2022 to increase manufacturing capacity across its key businesses. Part of this includes a new biologics plant at its Swords site near Dublin, Ireland to manufacture Keytruda, which is expected to open by 2021.

As part of its restructuring efforts, in February 2020, Merck announced its intention to spin-off products from its women’s health, legacy brands and biosimilars businesses into a new, yet-to-be-named, independent company.

Bolstering oncology and vaccine pipelines
At the end of the year, Merck diversified its oncology pipeline with expansion into targeted therapies that treat hematological malignancies. It acquired the cancer drug company ArQule for $2.7 billion. ArQule is a biopharmaceutical company focused on kinase inhibitor discovery and development for the treatment of patients with cancer and other diseases. ArQule’s lead investigational candidate, ARQ 531, is a novel, oral Bruton’s tyrosine kinase (BTK) inhibitor currently in a Phase 2 dose expansion study for the treatment of B-cell malignancies.

To expand its oncology presence further, Merck bought Peloton Therapeutics in a $2.2 billion deal. Peloton is a clinical-stage biotech focused on the development of novel small molecule therapeutic candidates targeting hypoxia-inducible factor-2α (HIF-2α) for the treatment of patients with cancer and other non-oncology diseases. Peloton’s lead candidate is PT2977, a novel oral HIF-2α inhibitor in late-stage development for renal cell carcinoma (RCC).

In a smaller deal, mid-year Merck paid $773 million for the biotech Tilos Therapeutics and its compelling portfolio of investigational antibodies modulating transforming growth factor beta (TGFβ). Tilos is developing therapeutics targeting the latent TGFβ complex for the treatment of cancer, fibrosis and autoimmune diseases. Tilos was founded by Boehringer Ingelheim Venture Fund and Partners Innovation Fund, based on discoveries by the laboratory of Dr. Howard Weiner at Brigham and Women’s Hospital and Harvard Medical School.

In other oncology news, Merck established a collaboration with Taiho Pharmaceutical and Astex Pharmaceuticals, a subsidiary of Otsuka. The partnership will focus on the development of small molecule inhibitors against several drug targets, including the KRAS oncogene, which are currently being investigated for the treatment of cancer. The deal is potentially worth up to $2.5 billion.

On the vaccines front, Merck bolstered its capabilities in vaccine development for infectious diseases and cancer when it acquired Immune Design for $300 million. Immune Design is a late-stage immunotherapy company employing next-generation in vivo approaches to enable the body's immune system to fight disease. The company's proprietary technologies, GLAAS and ZVex, are engineered to activate the immune system's natural ability to generate and/or expand antigen-specific cytotoxic immune cells to fight cancer and other chronic diseases.