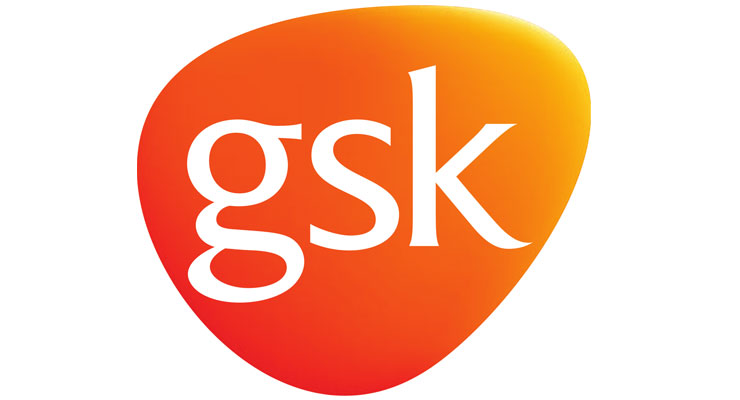 GSK continued along on its two-year separation plan following its deal with Pfizer to combine their consumer businesses.
By Tim Wright, Editor, Contract Pharma07.15.20

GlaxoSmithKline (GSK) reported combined revenues from its Pharmaceuticals and Vaccines units of $32.4 billion, a 5% increase from the year before. In 2019, GSK closed its deal with Pfizer to combine their two consumer healthcare businesses, making GSK number one globally in over-the-counter (OTC) medicines and therapeutic oral health. Consumer OTC sales are not included in GSK’s ranking in this report.

Pharmaceuticals turnover in the year was up 2% to $21.8 billion. HIV sales were up 3% to $6 billion, with growth in Juluca and Dovato partly offset by declines in Triumeq and Tivicay. Respiratory sales were up 18% to $3.8 billion, on growth of Trelegy Ellipta and Nucala. Sales of Established Pharmaceuticals were $10.8 billion, down 7% partly due to the impact of loss of exclusivity of Advair.
Vaccines turnover grew an impressive 21% to $8.8 billion driven by the strong growth of shingles vaccine Shingrix, with sales of $2.2 billion. Meningitis vaccines also contributed significantly to growth.

GSK received approvals for three medicines: Dovato, an HIV treatment; Dectova, a treatment for influenza A or B; and new self-administration options for its respiratory biologic, Nucala. Expanded indications were also received for Zejula for ovarian cancer and Benlysta, the world’s first biologic treatment for systemic lupus erythematosus.

Oncology and vaccine partnerships
GlaxoSmithKline bolstered its cancer drug development pipeline during the year when it agreed to pay up to $4.2 billion to Germany’s Merck KGaA for the rights to a next-generation immunotherapy.
Merck received an upfront payment of $336 million for the drug, known as M7824, or bintrafusp alfa. Merck is eligible for potential payments of up to $560 million depending on development milestones in lung cancer. Merck could also get up to a further $3.2 billion, depending on commercial milestones. With this alliance, both companies have the leadership position in this new class of immunotherapies, specifically leveraging TGF-β biology.

For GSK, this alliance is a further step in the company's priority to strengthen its pharmaceuticals pipeline and follows the company's $5.1 billion acquisition of Tesaro, an oncology-focused company based in Waltham, MA, at the end of 2018.

GSK also established several partnerships during the year to bolster its vaccine capabilities, including one to develop a new vaccine to prevent cervical cancer, with Innovax and Xiamen University in China. It also established a collaboration with VBI, a biotech company, to facilitate development of a specialized therapeutic vaccine candidate for patients with recurrent glioblastoma. GSK also teamed up with Viome, a company with deep expertise in understanding the gut microflora and its role in chronic diseases, to facilitate vaccine development to prevent or even treat such conditions.

In another partnership, GSK entered a five-year collaboration with the University of California to establish a state-of-the-art laboratory for CRISPR technologies, the Laboratory for Genomics Research (LGR). The new laboratory will explore how gene mutations cause disease and develop new technologies using CRISPR, the most powerful tool in functional genomics, to rapidly accelerate the discovery of new medicines.

The newly-outfitted manufacturing space is made to be more flexible than traditional pharmaceutical manufacturing equipment. Upper Merion uses emerging technologies in bioreactors, such as single-use and disposable components, which eliminates the need for complex retrofitting and sterilizing that is typical in most manufacturing plants. This simplifies and accelerates the process of changing from manufacturing one medicine to another medicine.

A new analytical lab is also part of the facility, which brings together the R&D and manufacturing teams at Upper Merion. The processes associated with quality and commercial testing have been streamlined to ensure medicines are ready for patient use as soon as possible.

In other projects, GSK completed a $139 million expansion of its Rockville, MD site, which will increase manufacturing capacity for Benlysta by 50%. In Singapore, it opened a new state-of-the-art pharmaceutical manufacturing facility at its Jurong site. The $96 million development included the creation of two continuous manufacturing facilities, and the expansion and modernization of an existing production unit. The transformation is expected to significantly improve efficiency, expand capacity for manufacturing its assets, including daprodustat and dolutegravir, and reduce medicine production times.

To expand its vaccines production capabilities, GSK unveiled plans to invest $100 million in its manufacturing site in Hamilton, MT to expand the production capacity of key components of the adjuvant system used in several of GSK's vaccines, including Shingrix.

In 2019, GSK completed exits of the Guarulhos, Brazil, Cork, Ireland and Suzhou, China sites from its network, and initiated the exit of the Verona, Italy site, which is expected to be completed in 2020. On the vaccines side, GSK divested two of its sites, in Ankleshwar, India and Tianyuan, China.