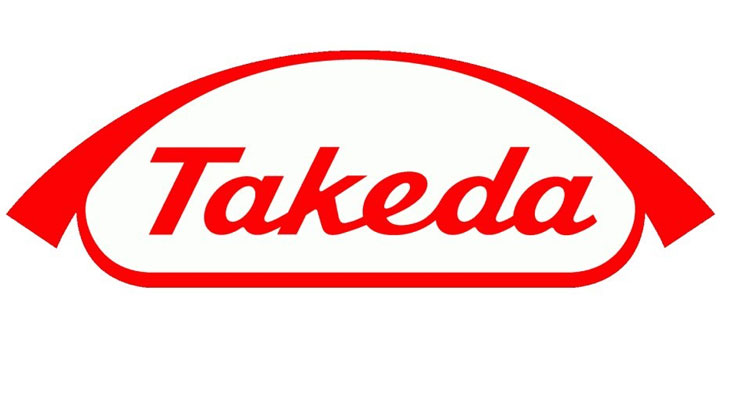 Takeda was catapulted into this year’s Top 10 after its massive $62 billion acquisition of Shire in 2018. The deal was finalized in January 2019 and is one of the largest international acquisition deals in Japan’s history. The mega deal doubled Takeda’s pharma revenues, which grew to $30.5 billion in 2019 from $16 billion the year before. Backed by the Shire deal, Takeda now has firm footing as a top 10 R&D driven global biopharmaceutical company.

Takeda reported that its leading gastrointestinal (GI) therapy, Entyvio, its treatment for rare hereditary angioedema, Takhzyro, and plasma-derived therapies all delivered strong growth in 2019. Entyvio enjoyed a 33% sales spike while Takhzyro sales shot up 318%. Other notable contributors to 2019 revenue growth include the oncology drug Ninlaro, which grew 29%, neuroscience treatment Trintellix, up 25%, and the immunology drug Albumin/Flexbumin was up 20%.

During the year, Takeda divested its eye drug Xiidra to Novartis for $5.3 billion and its TachoSil Fibrin Sealant Patch to Ethicon for $400 million as part of its strategy to focus on core business areas following the Shire deal.

Takeda’s R&D engine is fueled by 14 global brands with more than 20 ongoing pivotal studies in new indications and geographies. The main drivers for new product launches are 12 unique New Molecular Entities (NMEs) in Wave 1, which Takeda says represent several potential best-in-class / first-in-class therapies targeted for launch by 2024 and have potential peak sales of more than $10 billion. In addition, Takeda has approximately 30 clinical-stage early development NMEs and next generation platforms under development.

Takeda has major expansion plans in China with more than 15 planned approvals over the next five years. In fact, during the fourth quarter Takeda received approval for Entyvio in China for the treatment of patients with moderate to severe active ulcerative colitis and Crohn's disease.

Bolstering its R&D capabilities in 2019, Takeda opened a new research facility in San Diego, CA. The 165,000-square-foot facility is home to more than 250 employees focused on leveraging specialized drug discovery technologies and advancing discovery research in gastroenterology and neuroscience.

Immuno-oncology takes center stage
At the beginning of 2019, Takeda formed new research collaborations in immuno-oncology, an area of key strategic focus for the company. Through these collaborations, Takeda seeks to accelerate the discovery of next-generation cancer immunotherapies, including novel cell therapy approaches that may provide important opportunities for addressing the needs of patients with hard-to-treat cancers.

It exercised an option under its existing research collaboration with Noile-Immune Biotech, which originated in September 2017. Due to the success of the collaboration, Takeda exclusively licensed NIB-102 and NIB-103 for the treatment of various solid tumor indications, and will co-develop these CAR-T cell therapies with Noile utilizing the company’s proprietary “Prime” (proliferation inducing and migration enhancing) CAR-T platform.

Takeda’s exercised option for an exclusive oncology-targeted Humabody license from Crescendo Biologics will allow it to additionally evaluate these Humabody VHs for the development of novel CAR-T therapeutics. The development will leverage the unique properties of single-domain tumor-targeted binders as an alternative to conventional single-chain variable fragment (scFv)-based approaches.

R&D partnerships
During the year Takeda entered 38 new R&D collaborations with biotech and academia. With Evotec SE it entered a strategic, multi-year drug discovery collaboration to establish at least five drug discovery programs with the goal of Evotec delivering clinical candidates for Takeda to pursue into clinical development.

Sosei Group Corporation and Takeda entered into a multi-target partnership to discover, develop and commercialize novel molecules, including small molecules and biologics, that modulate G protein-coupled receptor (GPCR) targets. The partnerships could be worth more than $1.2 billion.

In another collaboration, Takeda and Skyhawk Therapeutics will use Skyhawk’s SkySTAR technology platform to discover and develop small molecule treatments for certain neurological disease targets.

StrideBio and Takeda partnered to develop in vivo AAV-based therapies for Friedreich's Ataxia (FA) and two additional undisclosed targets that could be worth up to $700 million. These programs aim to utilize novel AAV capsids developed by StrideBio to improve potency, evade neutralizing antibodies and enhance specific tropism to tissues including the central nervous system.
LegoChem Biosciences entered a research collaboration and license agreement with Takeda for the development of antibody-drug conjugates (ADCs) in immuno-oncology that could be worth up to roughly $410 million.

HemoShear Therapeutics extended its partnership with Takeda to discover and develop additional novel therapeutics for liver diseases, including nonalcoholic steatohepatitis (NASH) in a deal worth $470 million if milestones are met.

Takeda Dunboyne Biologics entered into a collaboration with Applied Process Company (APC) in Dublin, Ireland to design, optimize and deliver scale-independent process improvements for Takeda’s portfolio of biologics-based medicines for rare diseases. The companies completed their first partnership program in June, which used advanced computational, fluid-dynamic models to better understand and characterize the process equipment at Takeda’s biologics facility in Dunboyne, Co. Meath. Takeda took official ownership of the new facility in June. This ‘paperless’ facility is designed with single-use technology to manufacture antibody and enzyme-based therapies for rare diseases.

Lastly, Takeda unveiled plans to open a new plant in Singen, Germany that will manufacture the company's dengue vaccine candidate, TAK-003. Phase III results show the vaccine is effective against the mosquito-borne virus. The company began construction in 2016 and invested approximately $140 million to build the facility.