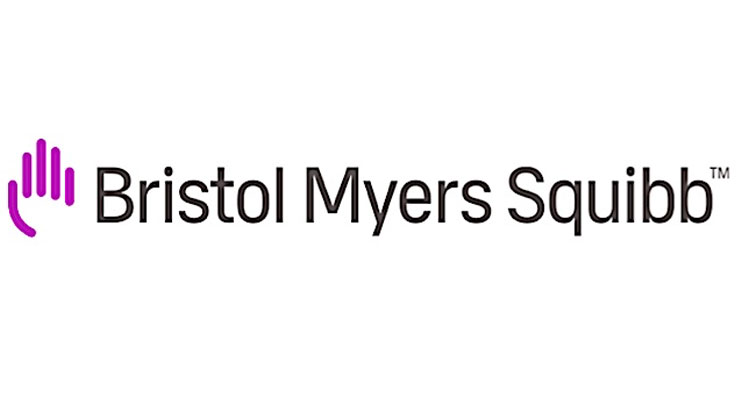 
Bristol-Myers-Squibb (BMS) rounds out this year’s Top 10. In the first quarter of 2020 revenues soared 82% to $10.8 billion, supercharged by the impact of the Celgene acquisition completed in November, and representing 71% of the growth, namely from its flagship products Revlimid, Pomalyst/Imnovid, and Abraxane. BMS also saw several significant clinical and regulatory milestones across its portfolio.

In one fell swoop, the $74 billion acquisition of Celgene created leading oncology franchises in both solid tumors and hematologic malignancies with Opdivo and Yervoy as well as Revlimid and Pomalyst; a top five immunology and inflammation franchise with Orencia and Otezla; and the number one cardiovascular franchise led by Eliquis. The combined company has nine products with more than $1 billion in annual sales and is seeing growth in the core disease areas of oncology, immunology and inflammation and cardiovascular disease.

Of the near-term launch opportunities from the Celegene acquisition, Zeposia (ozanimod) won approval in relapsing remitting multiple sclerosis (RRMS), and Reblozyl (luspatercept) for the treatment of anemia. BMS recently received a Refusal to File letter from the FDA regarding the Biologics License Application (BLA) for idecabtagene vicleucel (ide-cel; bb2121) for patients with heavily pre-treated relapsed and refractory multiple myeloma, citing further CMC detail is needed to complete the review. BMS plans to resubmit no later than the end of July 2020. Finally, the BLA for liso-cel in relapsed or refractory large B-cell lymphoma is currently under priority review, with an FDA target action date of August 17, 2020.

In line with strategic efforts to simplify and to realign its business portfolio, the company completed the divestment of its consumer health business, UPSA, to Taisho Pharmaceutical Co., for $1.6 billion, to help address changes in its business and the future requirements of its evolving pipeline. Also, in August, Celgene, in connection with its merger agreement with BMS, entered into an agreement to sell the global rights to OTEZLA to Amgen for $13.4 billion, providing additional funds for strategic efforts.

The recent approval of Zeposia in the U.S. and Europe for the treatment of RRMS, marked the first approvals resulting from the Celgene acquisition. ZEPOSIA demonstrated efficacy on a key clinical marker of disease activity, annualized relapse rate, as compared to Biogen’s Avonex, which had sales of $1.7 billion in 2019, a decline of 13%. However, Zeposia offers RRMS patients a new oral option to help address the disease's hallmark relapses and brain lesions. It’s currently the only approved sphingosine-1-phosphate (S1P) receptor modulator for RRMS.

Additionally, in April, the FDA approved Reblozyl, becoming the first and only erythroid maturation agent (EMA), for the treatment of anemia, failing an erythropoiesis stimulating agent. The FDA approval marks the second indication for Reblozyl and the first new treatment option in over a decade for patients with myelodysplastic syndromes (MDS) who require red blood cell (RBC) transfusions. Reblozyl works by regulating late-stage RBC maturation to relieve patients from the burden of regular RBC transfusions.

Another win for Celgene’s flagship Revlimid, which had sales of $10.8 billion in 2019, a new indication in combination with rituximab (anti-CD20 antibody) for the treatment of adults with previously treated follicular lymphoma (FL), makes it the first chemotherapy-free combination regimen approved for patients with FL by the European Commission. Clinical trials touted statistically significant improvements in progression-free survival.

As mentioned above, BMS anticipates approval of idecabtagene vicleucel after resubmission in the U.S., as well as approval from the European Medicines Agency after its Marketing Authorization Application was recently validated. The companies' lead investigational B-cell maturation antigen (BCMA)-directed chimeric antigen receptor (CAR) T cell immunotherapy for the treatment of adult patients with multiple myeloma who have received at least three prior therapies, met the primary and secondary endpoints of overall response rate and complete response rate, respectively, in KarMMa trials.

Additionally, results from a TRANSCEND trial evaluating liso-cel in relapsed/refractory large B-cell lymphomas, met its primary and secondary end points, with overall response rate of 73%, and, of the patients who responded to liso-cel, 53% achieved a complete response. The median progression-free survival was 6.8 months, and median overall survival was an impressive 21.1 months.
With several portfolio advances and the strength of BMS’ prioritized brands, Revlimid, Opdivo, and Eliquis, we can anticipate BMS’ continued rise in the rankings in the next few years.