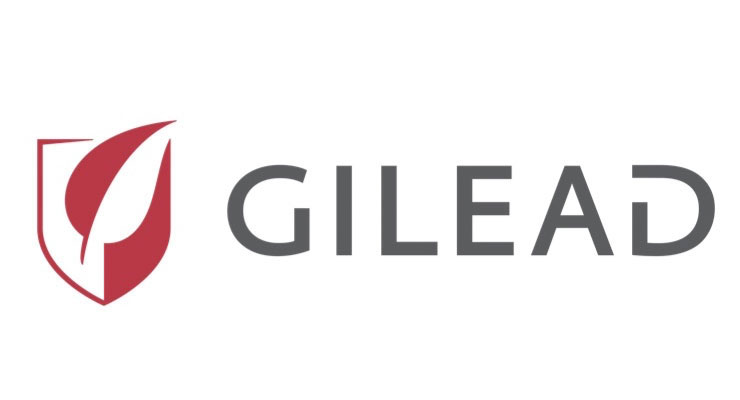 At the time of press, Gilead's remdesivir is the only drug approved for use as a treatment against Covid-19.
By Kristin Brooks, Managing Editor07.15.20


Despite a relatively flat fiscal year, Gilead continues to make pipeline progress, along with efforts to diversify its portfolio, and further expand into immuno-oncology with significant investments, namely the acquisition of Forty Seven and an extensive alliance with Arcus Biosciences.

Looking ahead, in the first quarter of 2020 revenues were up 5% driven by HIV product sales of $4.1 billion, up 14% thanks to continued uptake of Biktarvy with $1.7 billion in sales, and the company’s CAR-T cancer therapy Yescarta, which generated $140 million in sales in the quarter compared to $96 million in 1Q19. There’s reason to believe the company’s flagship HIV franchise and foray into CAR-T therapies will more than compensate for continued declines in chronic hepatitis C virus (HCV) sales, which were down 8% in 1Q20.

Top News
As one of the foremost anti-viral experts in the industry, it’s not surprising that the company succeeded in being the first to provide a potential therapy for COVID-19. Remdesivir was approved in Japan on May 7 under an exceptional approval pathway as a treatment for patients infected with SARS-CoV-2. The FDA has granted the drug an Emergency Use Authorization for the treatment of hospitalized patients with severe COVID-19, however the authorization is temporary.

Remdesivir is an investigational nucleotide analog with broad-spectrum antiviral activity both in vitro and in vivo in animal models against multiple emerging viral pathogens, including Ebola, Marburg, MERS and SARS.

In an effort to expand access to the investigational remdesivir for the potential treatment of COVID-19, Gilead entered a global collaboration and license agreement with Mylan, giving Mylan rights to manufacture and distribute remdesivir in 127 low- and middle-income countries, including India. To ensure preparedness, Mylan will develop a bioequivalent version of the drug, including production of its own active pharmaceutical ingredient and finished dosage form in sterile powder lyophilized vials for intravenous infusion.

Expanded Approvals & Filings
Marking a couple of significant approvals for the company, the FDA approved a pre-exposure prophylaxis (PrEP) indication for Descovy to reduce the risk of sexually acquired HIV-1 infection in adults and adolescents who are HIV-negative and at-risk, which was approved under a priority review designation.

The FDA also approved Epclusa for children ages 6 and older with Hepatitis C Virus. Epclusa is the first pan-genotypic, protease inhibitor-free regimen approved in the U.S. for children and adults. An estimated 23,000 to 46,000 children in the U.S. are living with HCV.

Reaching a key milestone, Gilead submitted an NDA to the FDA for filgotinib, an investigational, oral, selective JAK1 inhibitor for the treatment of moderate-to-severe rheumatoid arthritis (RA). The filing is supported by a Phase III program, which met its primary endpoints and demonstrated durable efficacy and safety results across multiple RA patient populations.

R&D Efforts
Gilead is working on multiple investigational compounds for the treatment of advanced fibrosis due to Nonalcoholic Steatohepatitis (NASH), including firsocostat, cilofexor, and selonsertib. The company is evaluating single-agent and combination therapy approaches against the core pathways associated with NASH – hepatocyte lipotoxicity, inflammation and fibrosis.

However, NASH, a complex disease driven by multiple mechanisms, is proving to be a challenge. Gilead’s Phase III STELLAR-3 study evaluating the safety and efficacy of selonsertib, an investigational, once daily, oral inhibitor of apoptosis signal-regulating kinase 1 (ASK1), for patients with bridging fibrosis due to NASH, did not meet the primary endpoint of a histologic improvement in fibrosis without worsening of NASH.

Similarly, a Phase II ATLAS study of combination and monotherapy investigational treatments, firsocostat and cilofexor, in advanced fibrosis due to NASH, did not meet the primary endpoint, although some improvement was seen in response measures of fibrosis and liver function compared with placebo.

Despite these disappointing results, the company says it remains focused and committed to developing effective treatments for patients living with advanced fibrosis due to NASH. Gilead is also collaborating with Novo Nordisk on a study combining Gilead’s cilofexor and firsocostat and Novo Nordisk’s semaglutide for the treatment of NASH.

Among recent pipeline progress, in late May, Kite, a Gilead Company, reported positive interim analysis of ZUMA-5, a global Phase II study evaluating Yescarta in patients with relapsed or refractory indolent (slow growing) non-Hodgkin lymphoma (NHL) after at least two prior lines of therapy. After a single infusion of Yescarta, 93 percent of patients responded, with an impressive 80 percent achieving a complete response.

Pending final results, Kite plans to submit a sBLA to the FDA later this year to expand the indication for Yescarta. If approved, it would become the first and only chimeric antigen receptor (CAR) T therapy approved for the treatment of relapsed or refractory indolent NHLs.

Also, Kite achieved two key regulatory milestones for KTE-X19, an investigational cell therapy for the treatment of relapsed or refractory mantle cell lymphoma. In Europe, the marketing authorization application for KTE-X19 is under review, and in the U.S., the FDA accepted the Biologics License Application and it was granted Priority Review Designation.

The investigational therapy targets CD47, a “do not eat me” signal that allows cancer cells to avoid destruction, allowing the patient’s own immune system to eradicate those cancer cells. A Phase 1b study of magrolimab in patients with MDS and AML showed the potential for it to be a first-in-class therapy.

Gilead gains rights to zimberelimab, as well as the right to opt-in to all other current Arcus clinical candidates, which include AB154, AB928 and AB680.

Similarly, last July, Gilead entered a 10-year global research and development collaboration with Galapagos providing access to a portfolio of compounds, including six molecules currently in clinical trials, more than 20 preclinical programs and a proven drug discovery platform. Gilead paid $3.95 billion upfront and made a $1.1 billion equity investment in Galapagos in exchange for exclusive product license and option rights to develop and commercialize all current and future programs.

Galapagos most advanced molecule, GLPG1690, is in Phase III development for idiopathic pulmonary fibrosis, which has shown a reduction in signs and symptoms of IPF. GLPG1972 is a Phase IIb candidate for osteoarthritis, and first-in-class compounds GLPG1690 and GLPG1972, could offer important mid- and late-stage pipeline opportunities for Gilead.

Additionally, Kite and Teneobio entered into a license and collaboration agreement through which Kite will receive exclusive rights to certain antibodies directed to B-cell maturation antigen (BCMA). The fully human variable heavy chain of one such antibody is currently undergoing Phase I evaluation in a chimeric antigen receptor (CAR) format for the treatment of multiple myeloma. The companies are also working on the discovery of antibodies directed to four additional targets using Teneobio’s UniAb platform to be used in CAR-T cell therapies for multiple myeloma and other cancers.

To accommodate this growing pipeline of cell therapies, Kite is building a new 67,000-sq.-ft. facility in Oceanside, CA, dedicated to the development and manufacture of viral vectors, a critical starting material in the production of cell therapies.