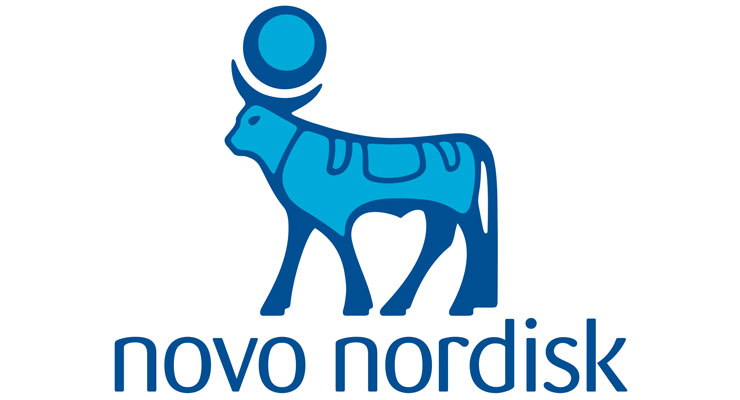 In 2019 Novo Nordisk reported revenues of $18.3 billion, which was up just a bit from the year before. The Danish firm sells medicines mainly in diabetes, which accounted for most of the company’s sales. Its top seller again was Victoza, but sales were down -15% to $3.3 billion for the year. The star of the portfolio was Ozempic, a once-weekly GLP-1, which was launched in February 2018 in the U.S. The type 2 diabetes drug grew a staggering 492% to $1.7 billion in revenue. At the same time, new-ish obesity drug Saxenda also continued to perform well—it’s $852 million in sales marked a 39% growth over the year before.

During the year, Novo Nordisk entered several research collaborations to strengthen its pipeline. With the University of Virginia (UVA) Center for Diabetes Technology, Novo Nordisk entered into a five-year research collaboration to work together on the development of virtual environments focused on modelling of patients with type 2 diabetes. The goal of the collaboration is to enable simulation of the human metabolic system of different types of individual people with type 2 diabetes and simulating virtual patient populations. It will utilize UVA’s work within diabetes and extensive knowledge on patient simulation and data-driven models within diabetes. Aligned with Novo Nordisk’s digital therapeutics strategy, the research coforllaboration will initially focus on establishing a ‘virtual innovation lab’ between Novo Nordisk and University of Virginia Center for Diabetes Technology to gain a deep understanding of type 2 diabetes for the purpose of enabling virtual simulation.

Novo Nordisk inked a $225 million deal with Dicerna Pharmaceuticals to discover and develop novel therapies for the treatment of liver-related cardio-metabolic diseases using Dicerna’s proprietary GalXC RNAi platform technology. The agreement represents a significant investment by Novo Nordisk to secure access to the proprietary GalXC RNAi platform and could be worth billions if regulatory and sales milestones are met.

The collaboration with Dicerna plans to explore more than 30 liver cell targets and may deliver multiple clinical candidates for disorders including chronic liver disease, non-alcoholic steatohepatitis (NASH), type 2 diabetes, obesity, and rare diseases. Dicerna will conduct and fund discovery and preclinical development to clinical candidate selection for each liver cell target, and Novo Nordisk will be responsible for all further development.

With the biotech bluebird bio, Novo Nordisk entered into a three-year research collaboration to jointly develop next-generation in vivo genome editing treatments for genetic diseases, including haemophilia. During the three-year research collaboration, bluebird and Novo Nordisk will focus on identifying a development gene therapy candidate with the ambition of offering people with haemophilia A a lifetime free of factor replacement therapy.

During the year, Novo Nordisk teamed up with UNICEF to help prevent childhood obesity worldwide with an initial focus on interventions in Latin America and the Caribbean. Under this partnership, the United Nations children’s agency and Novo Nordisk will combine efforts to enhance knowledge and awareness on how to prevent overweight and obesity and address their root causes. The partnership will initially cover a period of three years.