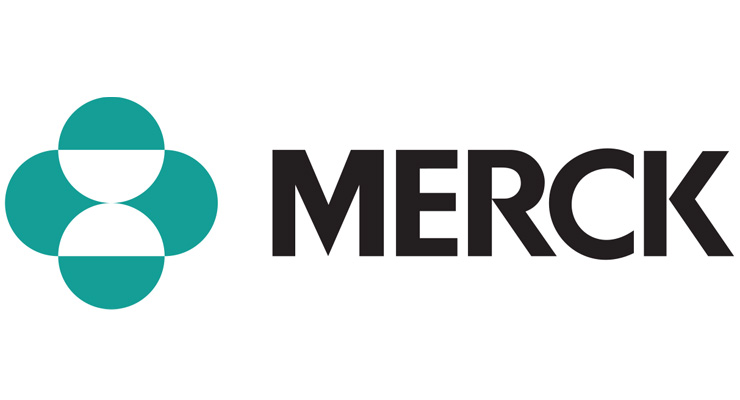 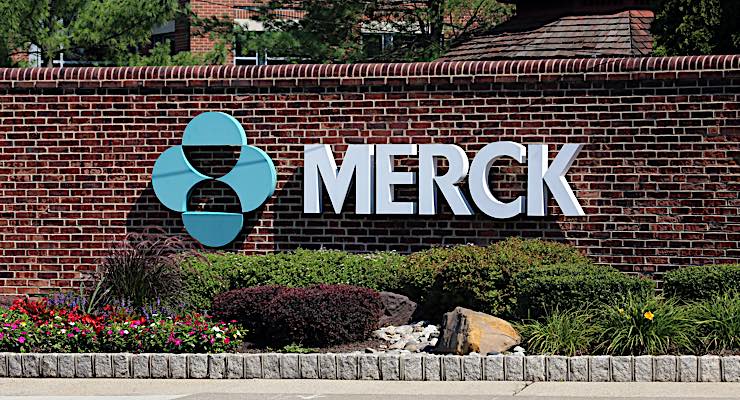 Worldwide sales grew to $47.9 billion for Merck in 2020. The slight 2% increase from the previous year was driven by higher cancer drug sales, particularly the strong growth of Keytruda, as well as increased alliance revenue from Lynparza and Lenvima. Also contributing to revenue growth, Merck reported higher sales of certain vaccines, including Gardasil/Gardasil 9 and Pneumovax 23, as well as increased sales of certain hospital acute care products, including Prevymis and Bridion.

Global sales of Keytruda grew nearly 30% to $14.4 billion in 2020 driven by higher demand as the company continued to launch the immuno-oncology blockbuster with multiple new indications around the world. Despite Keytruda’s strong performance, the COVID-19 pandemic had a dampening effect overall on the company’s performance.

The estimated negative impact of the COVID-19 pandemic to Merck’s sales in 2020 was about $2.5 billion. Roughly two-thirds of its pharmaceutical segment revenue is comprised of physician-administered products, and despite strong underlying demand, COVID-19 resulted in fewer well visits, delays in elective surgeries and the prioritization of COVID-19 patients at health care providers.

COVID efforts
Merck’s early efforts in the fight against COVID-19 were focused on finding ways to treat people who were sick as well as developing vaccine candidates.

However, in January 2021, the company announced the discontinuation of the development programs for both COVID-19 vaccine candidates, V590 and V591, following Merck’s review of findings from Phase 1 clinical studies for the vaccines. In these studies, both V590 and V591 were generally well tolerated, but the immune responses were inferior to those seen following natural infection and those reported for other SARS-CoV-2/COVID-19 vaccines.

Merck continued to focus on its drug candidates for treating COVID-19, including an antiviral medication, MK-7110, being investigated for the treatment of hospitalized patients with COVID-19. Merck acquired MK-7110 in December 2020 through its $423 million acquisition of OncoImmune, however, announced in April 2021 the discontinuation of its development, citing feedback from the U.S. FDA that additional data, beyond a study conducted by OncoImmune, would be needed to support a potential Emergency Use Authorization (EUA) application. Based on the additional research that would be required—new clinical trials as well as research related to manufacturing at scale—MK-7110 would not be expected to become available until the first half of 2022. Given this timeline and these technical, clinical and regulatory uncertainties, Merck decided to discontinue development and focus its pandemic efforts on advancing molnupiravir and on producing Johnson & Johnson’s COVID-19 vaccine.

In July 2020, Merck and Ridgeback Bio closed a collaboration agreement to develop molnupiravir, an orally available antiviral candidate in clinical development for the treatment of patients with COVID-19. In June 2021, Merck entered into a procurement agreement with the U.S. government for molnupiravir, which is currently being evaluated in a Phase 3 clinical trial, the MOVe-OUT study, for the treatment of non-hospitalized patients with laboratory-confirmed COVID-19 and at least one risk factor associated with poor disease outcomes.

Cancer collaborations and acquisitions
Merck continued to bolster its oncology pipeline during the year through several major collaborations and acquisition deals. At the beginning of 2020, in January, Merck acquired ArQule, a publicly traded biopharmaceutical company focused on kinase inhibitor discovery and development for the treatment of patients with cancer and other diseases, for $2.7 billion. ArQule’s lead investigational candidate, MK-1026 (formerly ARQ 531), is a novel, oral Bruton’s tyrosine kinase (BTK) inhibitor currently being evaluated for the treatment of B-cell malignancies.

Also at the start of the year, Merck entered an exclusive worldwide research collaboration and license agreement with Taiho Pharmaceutical and Astex Pharmaceuticals (UK), a subsidiary of Otsuka Pharmaceutical, to develop small molecule inhibitors against several drug targets, including the KRAS oncogene, currently being investigated for the treatment of cancer. KRAS is among the most frequently mutated oncogenes in cancer. It’s estimated to occur in more than 90% of pancreatic cancers and approximately 20% of non-small cell lung cancers (NSCLC) and is associated with poorer outcomes.

Merck, Taiho and Astex will combine preclinical candidates and data with knowledge and from their respective research programs. Merck has an exclusive global license to their small molecule inhibitor candidates, and Taiho and Astex receives an aggregate upfront payment of $50 million and will be eligible to receive approximately $2.5 billion based on development, regulatory and sales milestones, as well as royalties. Merck is funding research and development and will be responsible for commercialization of products globally. Taiho has retained co-commercialization rights in Japan and an option to promote in specific areas of South East Asia.

In September, Merck and Seagen formed an oncology collaboration to globally develop and commercialize Seagen’s ladiratuzumab vedotin (MK-6440), an investigational antibody-drug conjugate targeting LIV-1 for breast cancer and other solid tumors. The collaboration will pursue a broad joint development program evaluating ladiratuzumab vedotin as monotherapy and in combination with Keytruda in triple-negative breast cancer, hormone receptor-positive breast cancer and other LIV-1-expressing solid tumors. Merck made an upfront payment of $600 million and Seagen is also eligible to receive future contingent milestone payments of up to $2.6 billion.

In addition, Seagen granted Merck an exclusive license to commercialize Tukysa (tucatinib), a small molecule tyrosine kinase inhibitor, for the treatment of HER2-positive cancers, in Asia, the Middle East and Latin America and other regions outside of the U.S., Canada and Europe.

In another deal, Merck paid $2.75 billion in November 2020 for VelosBio, a privately held clinical-stage biopharmaceutical company developing first-in-class cancer therapies targeting receptor tyrosine kinase-like orphan receptor 1 (ROR1). VelosBio’s lead investigational candidate is VLS-101, an antibody-drug conjugate (ADC) targeting ROR1 that is being evaluated in a Phase 1 and a Phase 2 clinical trial for the treatment of patients with hematologic malignancies and solid tumors, respectively.