They Had Faces Then: Inversions and Pharma’s Identity Crisis

Are the tax savings from inversions worth the damage to corporate identity and culture? Can you even identify individual pharma company missions and corporate cultures anymore?

The big news in pharma, for the past year, has been “inversions,” through which a large company buys a smaller one based overseas, then moves its headquarters to that country, gaining huge tax savings.

One of the most dramatic was Perrigo’s acquisition of Elan Corporation (based in Ireland) last year.  I’m sure that it makes perfect sense.  Perrigo’s CEO has reportedly made that company extremely profitable.

But for many mere mortals, the logic was less than clear.  On the surface of things, what do over-the-counter (OTC) brands such as Mucinex, have to do with the types of research and development in autoimmune disease, neurological therapies, and oral insulin that made Elan famous?

Another example is Actavis Pharma, now based in Warner-Chilcott’s (one of its latest acquisitions) headquarters in Ireland. The company’s morphing from Watson Pharmaceuticals, a low-key California company with a good reputation and culture of its own, into Actavis Pharma, and now amorphously combined with Forest Labs and Warner Chilcott, has been difficult to follow.

Earlier this year, we all watched in suspense as Pfizer launched multiple bids for AstraZeneca, and then finally withdrew its offer.  The new company would have been based in the U.K., where Pfizer closed down some vital, groundbreaking research labs of its own a few years ago.  Despite some supporters, the bid drew mainly criticism from those in the industry, as being narrowly self-serving.

We don’t know whether that bid will resurface as a hostile takeover at some point in the future.  But within the past week, a number of pharma and medical device inversions have been reported on in the press that seem likely to succeed, including AbbVie’s fifth formal bid for Ireland-based Shire Pharmaceuticals for $53 billion, and Mylan’s bid for Abbott Lab’s generics, based in the Netherlands, for $5.3 billion.

All of this makes perfect sense, of course. Inversion is all about profitability and maximizing shareholder value.  Profits drive research and innovation, after all.   Don’t they?

Abbott Labs’ CEO was unfazed by criticism, according to a report in the Wall Street Journal, which quoted his statement at a recent press conference.  “Everyone seems apologetic about inversions.  I’m not…I don’t think there’s anything to apologize for.”

Sure, inversions are profitable.  But what happens to individual corporate identities? With them goes the sense of individual corporate culture, something that is based on positive public opinion (an important intangible that the pharmaceutical industry continues to strive for), and a cohesive image.

Mergers have already blurred pharma identities, but we seem to be reaching a point where it is impossible to identify what makes any individual Big Pharma company unique and different.

It reminds me of “They Had Faces Then,” the nostalgic title of a famous book about film and great actresses of the past.   One might say of pharma companies, “They had personalities then.”

It’s not that we don’t have dynamic pharma CEOs today----GSK’s Andrew Witty, Astra-Zeneca’s Pascal Soriot, and Lilly’s John Lechleiter are all definite standouts.

But for me, the greatest example for this, or any, industry was Merck chairman George W. Merck, who was widely quoted before many of us were born:

“We try never to forget that medicine is for people.  It is not for profits.  The profits follow, and, if we have remembered that, they have never failed to appear.”  The company’s work with ivermectin in the 1980s exemplified that spirit.

Or Robert Wood Johnson and the Johnson brothers, whose J&J Credo set forth priorities, starting with patients and care providers, then extending to employees, communities, and finally stockholders.

Mylan has roots in West Virginia, for instance, with headquarters in the sleepy college town of Morgantown, and a smart and charismatic CEO who is the daughter of a senator and former governor of that state.  What will happen to the West Virginia connection, one wonders, when the company headquarters moves to the Netherlands?

AbbVie has strong ties to Chicagoland, while Shire has built up its own culture through its outstanding operational excellence programs such as “One Shire.”  How can these possibly remain intact?

Corporate mergers generally mean that important programs or expensive investments, whether in IT or other technology, are abandoned by the buying company, and those who pioneered the efforts to put them in place are often let go. Jobs are lost, on both sides of the deal.  Communities suffer, as plants close and indirect local employment falls.

Lawmakers in the U.S. are reportedly examining ways in which they might prevent more corporations from going the “inversion” route.

Without being jingoistic about “keeping jobs in the U.S.,” or worse, being a pollyanna, couldn’t there be other, more sensible routes to tax savings?

Shouldn’t governments, on both the national and local level, offer more tax breaks as an incentive for companies to innovate and hire skilled people, wherever they are based?

For now, it appears, inversions remain a fixture of the U.S. business landscape.  But they also suggest an emphasis on short-term profits , and suggest a lack of corporate identity, or a corporate culture that’s up for grabs to the highest bidder.

In the long-term, could the negatives outweigh the money saved? The drug industry continues to fight for hearts and minds, and its previous image as a healing industry.  But how can people appreciate, and prize, an industry whose individual members appear to have no clear identity or image, apart from appearing to run for the next buck, and the next short-term economic benefit?

Please write in to ashanley@rodmanmedia.com and let me and Kristin know what you think of pharma's current inversion trend. 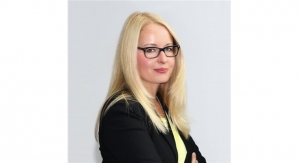 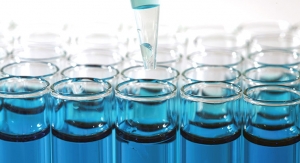 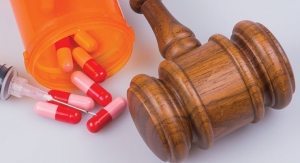 Will 2014 Be the Year of the Healthcare Deal?