A retrospective analysis of CMO Trends

The past few years have witnessed significant changes in the outsourcing landscape, as biopharmaceutical companies look at contract manufacturing and outsourced services more as an asset to drive strategic decisions than as simply a way to save money or add flex capacity. Indeed, in the none-too-distant past, outsourcing was primarily used as a cost-saving tactic or a way to eliminate work processes that did not add to a company’s core competencies. Outsourcing has also been used for adding reserve, or flex capacity — in an effort to avoid the $100-150 million investment for construction of fixed, dedicated facilities that might not be used if a drug product failed late-stage clinical trials.

Today, though, clients realize that outsource service providers and contract manufacturing organizations (CMOs) offer strategic advantages, particularly if the task requires specialized expertise, equipment and infrastructure maintained by the contractor. For small companies, outsourcing the manufacture of biologics may be the only way to get their drugs to market. In some areas adoption of the use of bio-disposables has expanded CMOs’ capabilities to provide advantages and options not available in-house. And with productivity at the core of today’s decision-making, CMOs and other service providers have restructured their service offerings to ensure they provide the improvements sought by their clients.

Trends: Analytical Testing
As part of our annual study of the biopharmaceutical manufacturing industry, we take a comprehensive look at the state of outsourcing. Tracking this on a multi-year basis allows us to see evolving trends not only on a macro scale (in terms of strategic vs. tactical outsourcing), but also on a more detailed level.

One area we estimate through our study is the average percentage of outsourcing done by biomanufacturers today, across a wide variety of activities. This year, as part of our 10th Annual Report and Survey of Biopharmaceutical Manufacturers1 we see evidence of the continuing interest in outsourced analytical testing of certain bioassays. Of the 24 activities we identified, this area topped the list, with respondents estimating that they outsource about one-third (32%) of this activity. That’s up from 28% last year and about 19% in 2011 and 2010.

It’s very interesting to see this area move to the top of the list this year, as it directly relates to performance improvements and productivity. Separately in our study we found that “better analytical testing and product release services” counted as one of the top factors creating “significant” or “some” improvements in biomanufacturing performance at respondents’ facilities during the past 12 months. In this area then, contract manufacturers’ expertise can prove extremely valuable to improving overall biomanufacturing performance, reflecting the strategic value that outsourcing holds today.

Our data also reveal some other intriguing trends. This year, there has been a notable increase in the estimated percentage of upstream production operations being outsourced, up to 12.2% from 7.6% in 2010. Similarly, there has been an uptick in the estimated percentage of total downstream production operations being outsourced, climbing slightly to 11.7% from 9.1% in 2010. 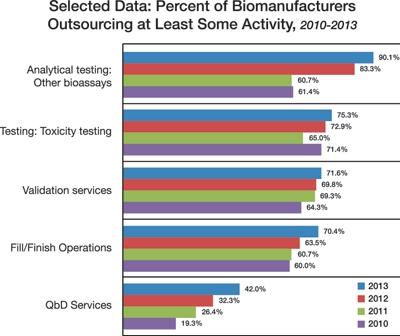 Not only are upstream and downstream production operations being outsourced to a greater degree, but so are upstream process development (9.4% of PD, up from 4.2% in 2010) and downstream process development (7.7% this year, up from 5.5% in 2010). These process development areas have long been considered core in-house activities, and while outsourcing of these activities remains fairly low, it is significant to see these increases occurring. (Outsourcing of design of experiments is another example, with 7% of these operations estimated being outsourced this year, up from <5% in each of the previous three years.)

It’s also worth noting that for most of these core activities (upstream and downstream production operations, process development), the proportion of biomanufacturers outsourcing them has not measurably increased. What this suggests is that while some in the industry remain reticent about outsourcing activities considered too core to their businesses, those who are doing so are happy with the results and are more heavily outsourcing those activities this year.

Future Outsourcing Trends
Each year, we also ask respondents to identify outsourcing activities that will be done at significantly higher levels at their facility over the following 24 months. Here again we see some very interesting dynamics at play.

For the most part, we see somewhat fewer respondents this year citing expectations for increased outsourcing of the activities that are most commonly contracted out, such as fill/finish operations and validation services. But while we notice significant decreases from last year in several activities, it’s worth looking at those that are tabbed for greater focus during the next 24 months. In this case, downstream process development seems to have rebounded: more respondents are projecting significantly higher outsourcing in this area (from 7.7% in 2012, to 12.9% this year). The same pattern is evident in upstream process development (from 6.2% last year, to 11.3% this year).

Outsourcing Budgets Continue to Grow
Another indicator of the strength of the contract manufacturing market is budget changes. In this year’s study, we see continued hikes in this regard, with more than 4 in 10 respondents (44%) planning to increase their spending on outsourcing of R&D or manufacturing during the next 12 months. That includes almost one-third (32%) that will increase their spending by more than 10%. By comparison, only 16% of our respondents will decrease spending on outsourcing by any amount.

Overall, we estimate that outsourcing budgets will increase by 10.4% on average in the next 12 months, a significant double-digit gain, and exceeding last year’s projected increase of 9.3%.

Globalization of the Contract Manufacturing Market Slows
One of the key drivers of the broadened contract manufacturing market is its internationalization. With biomanufacturing clusters springing up in emerging markets such as China, India, and Russia (see our WIKI resource: www.top1000bio.com2), clients have seen expanded options alongside the increasing sophistication of their partners.

As in years past, our latest study reveals that when considering a CMO, few clients attach a high level of importance to their being local. In fact, our data shows an uptick in the percentage of biomanufacturers that see offshoring to be in their future.

Breaking out the data by outsourcing area, we found that in clinical trials and operations, a majority (56%) of respondents plan to outsource their operations internationally to at least some degree in the next five years, representing a significant increase from 46% of respondents in 2012, and an even bigger jump from 43% the year before.

Areas associated with biomanufacturing operations remain very steady (39% this year planning some off-shoring, compared to 41% last year and 38% in 2011), as does future offshoring of process development (35% planning, versus 36% last year and 22% in 2011). Half of our respondents (50%) also envision offshoring other operations to some extent in the next five years, an increase from 42% last year and 30% in 2011.

Overall, our data shows that offshoring continues to become an important strategic component of biopharma operations. Yet, at the same time, we also note that the estimated percentage of these operations that may be outsourced in the next five years is down slightly from last year’s projections. That may suggest that while more of the industry is looking into offshoring, companies may approach it cautiously.

We asked respondents this year to consider their five-year time horizon (lead-up to 2018) and to evaluate their facility’s current plans for future international capacity expansion. Overall, the U.S. ranked highest as a potential outsourcing destination, with 26.3% of respondents indicating there was a “likelihood” or “strong likelihood” of outsourcing there. While that’s likely a reflection of European companies’ plans, it’s a significant change from 16.9% who responded that way last year.

Other notable differences from last year’s study include: China and India’s sudden drop in interest as an outsourcing destination, combined with the increase among developed markets in traditional hubs of North America and Western Europe, reverses trends we have seen in recent years.

One reason for these changes could be that biomanufacturers’ priorities when choosing a CMO have shifted. This year, when we asked respondents to identify their critical issues when considering outsourcing to a CMO, we saw an upward trend in the proportion who said it was “very important” for CMOs to have regulatory compliance expertise (46% this year versus 38% last year). Clearly all CMOs need appropriate regulatory compliance, but the increase in focus on this attribute suggests concerns in this area are growing.

Regulatory concerns are more on the minds of biomanufacturers today. The necessary expertise exists in more established markets, and lack of demonstrated expertise within developing markets is creating a hurdle to entry. This also reflects the increased interest in outsourcing of core activities for which regulatory manufacturing-related requirements are relatively more stringent than for smaller-scale R&D and clinical supplies manufacture that have typified international outsourcing in the past.

Outsourcing activities have undergone some significant shifts in recent years, including the increasing integration of higher end technical activities. Our annual study shows that companies are incorporating contract manufacturing as a strategy, rather than as an ad hoc method of adding flex capacity or to simply eliminate overhead costs associated with lower value production activities.

Outsourcing of process development, which is rising, can portend further integration of outsourced services. In such an environment, careful selection of an effective CMO with the requisite know-how and observation of industry standards and process is crucial, and can elevate the value of outsourcing and potentially mitigate risks of outsourcing high-level activities.

Given the additional focus paid to regulatory issues by biomanufacturers this year, it’s probably not too surprising to see expectations of future off-shoring shift from the developing world to more traditional markets. We can expect this trend to reverse, though. With huge domestic populations, India and China, for example, will need to produce biologics for their local populations. Some of this experience, at some point in the future, will find outsourced operations making inroads into western markets.

References: Survey Methodology: The 2013 10th Annual Report and Survey of Biopharmaceutical Manufacturing Capacity and Production yields a composite view and trend analysis from over 300 responsible individuals at biopharmaceutical manufacturers and contract manufacturing organizations (CMOs) in 29 countries. The methodology also included over 180 direct suppliers of materials, services and equipment to this industry. This year's study covers such issues as: new product needs, facility budget changes, current capacity, future capacity constraints, expansions, use of disposables, trends and budgets in disposables, trends in downstream purification, quality management and control, hiring issues, and employment. The quantitative trend analysis provides details and comparisons of production by biotherapeutic developers and CMOs. It also evaluates trends over time, and assesses differences in the world's major markets in the U.S. and Europe.

Eric S. Langer is president and managing partner at BioPlan Associates (www.bioplanassociates.com), a biotechnology and life sciences marketing research and publishing firm established in Rockville, MD in 1989. He is editor of numerous studies, including Biopharmaceutical Technology in China, Advances in Large-scale Biopharmaceutical Manufacturing, and many other industry reports. He can be reached at elanger@bioplanassociates.com or 301-921-5979.
Related Searches
Suggested For You 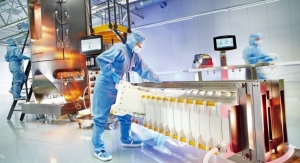 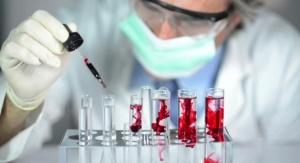 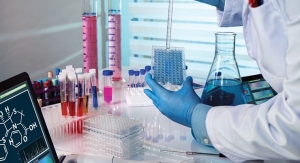 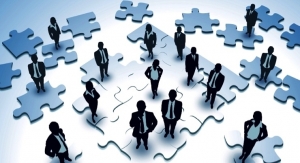 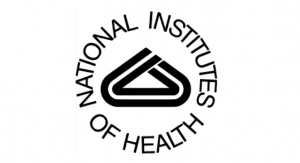 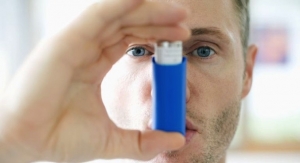 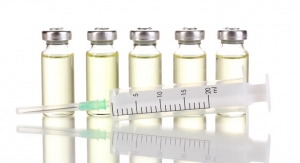 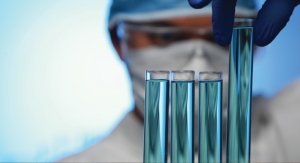 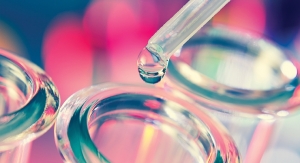