In our review of 2013 M&A activity (Contract Pharma January/February 2014), we suggested the need to examine the why of making acquisitions before considering the details of who, when, where, and how much. Let us briefly refer the reader to the opening paragraphs of that article in noting that the two largest transactions in 2014 seemed to defy the conventional wisdom regarding the why question. Neither would have been on our short list of predicted acquisitions to be expected in the broad outsourcing arena.

Frankly, we’re leaving it to others to address the buyers’ rationales in taking these bold steps to help them achieve one or more of their long-term strategic objectives. Instead, we’ll focus our annual examination of the consolidations announced or completed last year on answering the traditional questions of who, when, where, and sometimes how much.

It’s always interesting to review the number of consolidating transactions described in any particular 12-month period. In calendar 2014, our count was only 145, compared to 140 and 170 in the previous two years. But we’ll repeat our often-stated opinion that the raw number of deals announced or closed in any time period masks the reality of a continually high level of interest in M&A activity among a range of potential buyers and sellers in the global outsourcing industry’s many sectors.

Rather than commenting on all the announced deals, we’ll use the following pages to highlight certain transactions we believe were representative of larger trends.

The Largest Firms Were Quite Active
During the past year, we read several articles in industry newsletters and other investment banking firms’ digests suggesting a dramatic slowdown in the M&A activities of the largest outsourcing firms. We acknowledge the reduced number of acquisitions made by some industry leaders, but dispute the notion that those firms are no longer interested in pursuing this avenue of growth. Several multi-billion dollar companies used that route to expand their businesses in additional specialty categories.

Charles River Laboratories was particularly active in acquiring additional specialty technologies—a broad trend we note later in this article. It acquired the Argenta and BioFocus divisions of Galapagos NV, thus adding their in vitro discovery services to its traditional complement of in vivo capabilities. The company also acquired ChanTest, the world leader in ion channel testing for safety and drug discovery.

ICON plc made one of the largest acquisitions in the industry when it paid $144 million in cash to purchase Aptiv Solutions. Analysts expect the acquisition to help ICON further penetrate the Phase III market for adaptive clinical trials.

INC Research expanded its presence in the Middle East and North Africa with the purchase of MEK Consulting and its 40 employees based in those regions.

PPD Inc. is another large firm that has been expanding its technology portfolio. In September, it acquired from Massachusetts General Hospital the exclusive license to a portfolio of patents related to an alternate method of decreasing the impact of the placebo effect in clinical trials. That same month, it also exercised its option to buy the remaining minority interest in X-Chem Inc. and that firm’s proprietary small molecule drug discovery engine.

PAREXEL International made two complementary purchases that management suggested would add modestly to revenue and earnings in the current fiscal year. In July, it acquired ATLAS Medical Services, a provider of clinical research services in Turkey, the Middle East, and Africa. In October, it acquired Clinintel, a provider of clinical randomization and trial supply management services based in the United Kingdom.

Several sector-leading firms with annual revenue ranging from $100 million to $1.0 billion made a few acquisitions that would seem to be more meaningful than those made by their larger competitors.

If the transactions announced in early January 2015 are completed, AMRI will have spent more than $210 million to acquire four separate businesses during the past twelve months. In April, it paid $41 million to acquire Cedarburg Pharmaceuticals, a contract manufacturer of technically complex APIs. In July, it paid another $110 million in cash to acquire Oso Biopharmaceuticals Manufacturing, a contract manufacturer of complex injectable drug products. And in early January, it agreed to pay Aptuit $60 million for product development/manufacturing facilities in Glasgow, Scotland and West Lafayette, Indiana. Thus, it appears to analysts that AMRI has expanded its potential 2015 revenue base to close to $340 million.

In March, the private equity firms controlling BioClinica, Inc. and CCBR-SYNARC agreed to combine those companies into a firm generating approximately $200 million in revenue from a portfolio of specialized outsourcing services. In June, the company acquired Blueprint Clinical, thus adding a cloud-based site-scoring tool to its capabilities in medical imaging, patient recruitment, and central lab services.

After a new group of investors recapitalized Chiltern in late 2013, management boosted the company’s annualized revenue rate to more than $200 million. Major contributions were made by the acquisitions of the oncology specialist Ockham Development Group in July and the pan-Asian CRO Pacific Clinical Research Pte. in September.

After going public in April, the Swedish contract manufacturer Recipharm AB spent the next six months increasing its annualized revenue base by more than 50% to more than $500 million. It did so by acquiring Corvette Pharmaceutical Services Group in Milan Italy, Lusomedicamenta Sociedade Tecnica Farmaceutica in Lisbon, Portugal, and the Flamel Technologies development and manufacturing facility in Pessac, France.

In October, the China-based laboratory and manufacturing services company WuXi PharmaTech expanded its annualized revenue base towards the $670 million level with the acquisition of the specialized DMPK and ADME provider XenoBiotic Laboratories. And in January 2015, WuXi entered the genomic analysis business by paying $65 million in cash to acquire NextCODE Health.

Private Equity Groups Made Many New Investments
Once again, private equity (PE) funds with existing positions in outsourcing and those making their first investment in that arena were active buyers.

And They Supported Their Existing Portfolio Companies Growth Plans
As usual, we tracked several acquisitions by companies owned or controlled by PE groups. The source of the funding for these acquisitions may or may not have included additional dollars invested by their PE partners. We’ve already noted acquisitions made by BioClinica and Chiltern.

But They Also Liquidated A Few Holdings
One of the big stories of 2014 was the high number of IPOs completed by outsourcing service providers. Most of them involved the partial liquidation of long-held ownership positions by one or more PE firms.

Many Firms Expanded Their Specialty Technology Capabilities
Throughout 2014, we noted a high degree of activity involving the acquisition of specialty technologies used in laboratory analysis, drug formulation, and various types of preclinical or clinical testing. Even pure-play service providers have been seeking to differentiate themselves from competitors by expanding these capabilities. Earlier, we highlighted technology acquisitions made by Catalent, Charles River Laboratories, PPD Inc., and WuXi Pharma Tech. Several other transactions also caught our eye.

Horizon Discovery Group acquired the CombinatoRX service business and assets from Zalicus. This new division gave Horizon access to the unique cHTS platform and Chalice analytics software, which enable the screening and analysis of thousands of complementary drug combinations.

Consolidation Continued in the IRB Sector
Many trade publications have traced the consolidation that’s occurred among the U.S.’s Institutional Review Boards (IRBs) during the past couple of years. The first shots in that war to gather many of those individual review and monitoring organizations into only a few multi-panel operators occurred in 2012 when Arsenal Capital Partners acquired both WIRB and Copernicus Group.

There Were Other Intriguing Combinations
Every year, there seem to be several companies that seek to expand the scope of their operations through targeted acquisitions of smaller or similarly sized firms. We comment briefly on just a few of such transactions that particularly intrigued us in 2014.

Nashville, TN-based Sarah Cannon Research Institute added to its network of more than 700 community-based oncologists in 25 states with the acquisition of Clinical Development Group, a clinical trial consulting firm in New Haven, CT.

Early stage CRO Simbec Research acquired the late stage CRO Orion Clinical Services Limited. The merger of these two UK-based companies resulted in one with 250 employees and an annualized revenue base of about £25 million.

Chinese CRO Tigermed acquired a majority stake in Frontage Laboratories, a provider of bioanalytical and discovery support services in the United States and China.

Michael A. Martorelli is a Director at the investment banking firm Fairmount Partners. For additional commentary on the topics covered in this article, contact him at michael.martorelli@fairmountpartners.com or by phone at (610) 260-6232; fax (610) 260-6285.
Related Searches
Suggested For You 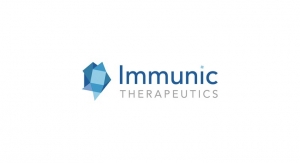 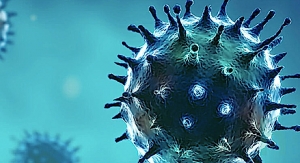 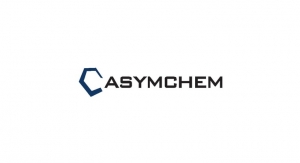 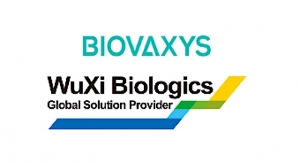 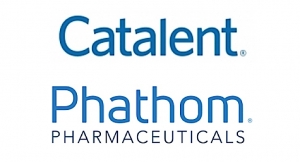 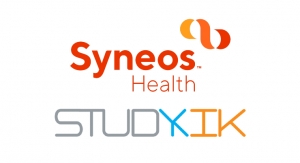 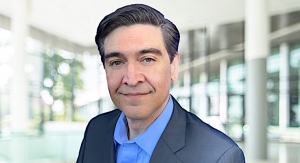 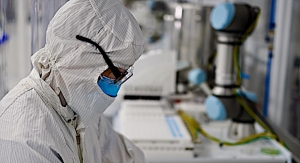 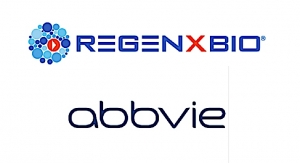 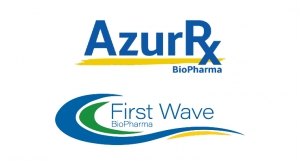 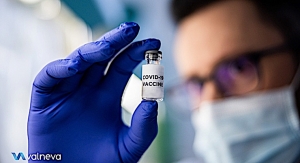 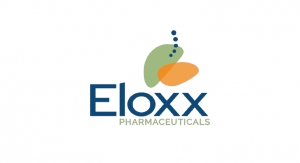 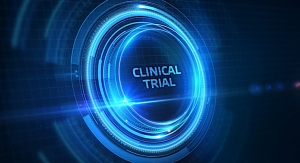 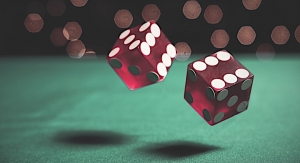 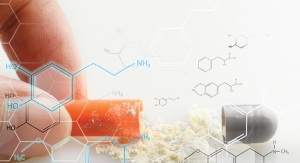