Build It and He Will Come

Yes, I enjoy quoting movie lines but this is especially cogent. Last column, I suggested that updating labs and lab personnel would go a long way towards increasing business. This time, I will speak directly to the process facilities management: “You will not win a NASCAR race with a Ford Falcon.” By that, I mean, you are not going to bring in 21st century business with 20th century equipment.

There is a saying that generals tend to prepare for the last war. This is, sadly true for CROs and CMOs as well. Having the best batch-wise equipment is preparing for 1970s products, I fear, not the newer generation. The categories I address are research, development, and production of APIs and final dosage forms. So, I would say that covers just about every aspect of the industry, no?

To make your facility receptive to performing research you may well need updated hardware to match the lab facilities of which I spoke. If you are doing API research, you will need to be facile and able to both perform many trials/tests/experiments and keep costs down, simultaneously. Familiarity with design of experiment (DoE) software is essential. Gone are the days of “hunt and peck” for bulk materials. The days of aspirin and acetaminophen are long gone; the cost of many new APIs is sky-high and often are small-dose, highly active materials. These high potency materials will need smaller trials and fewer scale-up studies to maintain budgets.

For API trials, smaller, continuous devices have been used by commodity chemical producers for decades. The advantages for APIs? Since both starting materials and finished products are not inexpensive, trials for percentage yield, purity and morphology can be run with more variables in less time than full-sized batches. Also, when a drug substance is still in the IND (Investigational New Drug application) stages, there is always a choice of co-ions (e.g., maleate, chloride, sulfate, etc. for positively charged drugs; sodium, calcium, etc. for negatively charged drugs) and often only a few or one is made for time and money constraints. Most often, the choice is based on highest yield, not downstream behavior.

One downside to that choice is that, while a calcium salt may have the highest yield of say 99%, it is always possible that the disodium analog with maybe only 97% yield, may process better in a solid dosage form. Maybe the maleate has a longer shelf life than the sulfate form. Since we are likely working with larger equipment, the cost of producing these salts and various crystal forms is prohibitive and time-consuming. The patent clock is ticking, after all, so a full design of experiment, followed by some formulation and stability studies, is truncated, based on past experiences and intuition. Clearly, modern, small-batch systems could enable more combinations to be investigated. Coupled with the newer lab equipment that you bought last month at my suggestion, such as NIR or Raman, large numbers of well-designed multivariate preformulation/stability studies would go a long way in giving your formulations people/clients the best excipients to use for the clinical and final dosage forms.

OK, now that I opened the door, let’s peek into the room. Having the ability to perform continuous manufacturing is not reserved for final production only. Indeed the selfsame equipment is perfect for formulation studies. The formulation of solid dosage forms—capsules and tablets—has been around for well over a half century. There are books, courses, mentors, and, yes, experience to allow formulators to make educated guesses. Did I say guesses? Well, to be fair, I did use educated. The formulator will use his/her best judgement, based on what similar APIs in the past did with which excipients. I say similar, because research is being performed on an API that is assumed new, not just a simple homolog of something already on the market. So, while we can make good guesses, most of the time, there can easily be surprises.

Using a metabolic analogy, an NSAID (no-steroidal anti-inflammatory drug) is an NSAID is an NSAID, right? Although similar to aspirin (stomach bleeding), acetaminophen causes liver damage, naproxen causes (reversible) kidney damage, ibuprofen causes stomach issues and needs to be taken with food, Meloxicam seems to do a tap-dance along the entire GI tract, and so it goes. How about other similar drugs and their formulation properties?

I had an interesting experience a few years back with a morphine derivative. It was similar to others for which we produced final products, but there was a tiny difference. This particular molecule could form either the monohydrate or hemihydrate in the drying stage of granulation. Since the QC test was a Karl Fisher moisture with a 1% limit, it wasn’t noticed for years. When it was discerned, it was seen, with careful data mining, checking inlet humidity, etc. of former runs, that one form had six months less stability than the other. So, simply controlling a factor we didn’t know was critical (CPP’s and CQA’s… remember?), gave better expiry dates. You can’t always extrapolate from similar APIs.

So, let us assume that your company invested in a suite of continuous manufacturing equipment, replete with all the necessary monitoring instruments—weighing controls, NIR, Raman, etc.—and necessary software. Where do you go from there? Well, there are several major career paths that may be followed:

1. The most obvious is to simply transfer the method(s) developed at larger, innovator companies, using their formulation(s), speeds, compression pressures, etc. Perform a quick validation for method transfer and begin producing product. Since even the biggest pharma companies have just so much capital, they would love to minimize the number of production suites added to their locations by farming out their state-of-the-art formulations to similar equipment at a CMO. Then they can move on to new product formulation on the same equipment, without tying it up with mere production.

One great advantage of CM is that there is no normal or standard batch size. Using the equipment, it is just as easy to produce 10,000 or 5,000,000 dosage forms, all with the same process signature. Process signature, simply put, is the physical shape—hardness density, size, etc.—of a tablet made on a particular instrument. With more and more emphasis being place on counterfeit product, the resultant tablets from the CM suite will always be identical, no matter the batch size.

2. Since change comes more slowly to larger companies, having the ability to be the location of their method development and production facility. The attractiveness of a one-stop shopping location will help secure more business, both before and after a formulation is nailed down. Another benefit of performing both functions is that, by the time the production schedule is set, your production staff is already familiar with the formulation and process parameters. Performing the first function almost guarantees being contracted for the second. The cost of the equipment is rapidly recovered (ROI on steroids) and, when business expands, the suite is easily duplicated at far less cost that classical equipment and space.

You have avoided two major time-consumers: product/process transfer and batch scale-up. The first is variable, but the second often takes between 12 and 18 months. That is equivalent to adding a year to one and a half years to the active patent life.

3. Orphan drugs are often overlooked as sources of profit because the batch sizes seldom justify development costs. Or, at least, that’s how it used to be. With the massive time and cost savings associated with a CM set-up, the cost of developing orphan drug dosage forms can be kept at a level that makes it worth the effort. Since there may not be large reservoirs of the active available, these smaller batches are also quite practical. The materials can be formulated in small lots, tested in small lots, then as much as needed can be produced on command.

4. As mentioned earlier, high activity, low solubility APIs are a royal pain to formulate and produce. Moving the bulk materials from blender to granulator to tableting station to coating station to packaging is certainly exacerbating potential hazards, if only the discomfort of gowning and the breathing apparatus required for handling. The CM system is closed and the materials move from one function to another without exposure to the surroundings. This saves time and reduces hazards. This applies to controlled substances, as well.

An added benefit is the constant monitoring of the in-process materials and final dosage forms. Since low-dose, high-activity materials are often low solubility, as well, the API is almost needed to be in an amorphous form. The acts of mixing, granulating, drying, tableting and even spraying can add energy, causing morphology changes. In a normal process chain, these changes could neither be spotted nor a process stopped in a timely fashion. A CM unit is almost always controlled by NIR and/or Raman units; both are excellent monitors of polymorph changes. Since only small amounts of material are being processed at any time, even if a polymorph change cannot be corrected, you will still only lose a small portion of a batch rather than an entire batch and will be able to modify process conditions to correct the problem on the rest of the batch.

It is apparent that having modern process equipment will make any company more than merely competitive, but, by making itself more versatile without multiple production lines, the business should grow quite nicely. Keeping in mind that all pharma companies, both innovator and generic, are under growing pressure to reduce costs of finished products. Since there will not be a major drop in API or excipient costs in the near future, that leaves two ways to lower COGS (cost of goods sold): lower labor costs or lower production costs.

With the quality of life and salaries increasing in developing countries, it is becoming harder to simply move to find cheaper labor. In itself, that isn’t the only cost; there is the cost of relocation, training, logistics and transportation. Not to mention that, as more factories move to a country, labor costs rise with competition. So that becomes a case of diminishing returns and doesn’t solve the problem over the long haul.

The other approach is to lower production costs by speeding up the process and reducing the footprint of your company. A CM needs far less warehousing space, fewer lab tests, less power—HVAC, lights, and production equipment—and most importantly, the time to market. Speeding completion of a batch of product from weeks to hours/days is one aspect. The other is never producing an OOS lot, avoiding recalls and bare shelves at pharmacies. I’m open to rebuttals, if you can find a better way to make products, I’ll be right here. 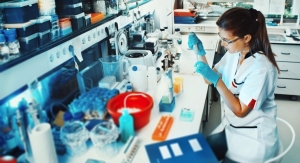 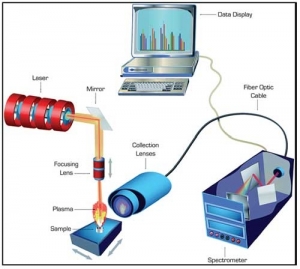