CMOs Are Willing to Pay for More Innovation

Contract manufacturing organizations (CMOs) have long been at the forefront of new technology adoption as they seek to improve processes and efficiencies in their multi-product facilities. Results from our industry study, the 12th Annual Report and Survey of Biopharmaceutical Manufacturing Capacity and Production1, support CMOs’ role at the leading edge of innovation, demonstrating that CMOs outpace biotherapeutic developers in their consideration and uptake of new products and technologies.

In the case of downstream processing (DSP) and purification, though, there may be more demand than innovation. Purification continues to be a pressing issue for CMOs today, as a worrying 64% of CMOs surveyed reported experiencing serious (27%) or some (37%) bottleneck problems at their facility as a result of downstream processing. CMOs responding to our study were 50% more likely than biotherapeutic developer respondents to report big bottlenecks at their facilities.

Faced with significant operational problems, it’s not surprising that CMOs are pushing for downstream advances, often at a higher rate than biotherapeutic developers. Some 45% of CMOs surveyed reported that the most important area to address to avoid future capacity constraints is to develop better downstream purification technologies. CMOs also see the potential for single-use products to head off future capacity issues, and to note that more cost-effective and better-performing single-use products are needed.

To dive further into CMOs demand for downstream innovation and their technology adoption, we evaluated perceptions of the current DSP solutions the industry is considering this year. We found over two-dozen viable alternatives being investigated by CMOs and biotherapeutic developers this year. Figure 1 shows the top set of technologies, and their rate of evaluation over the past six years. We also found that each of these is being evaluated significantly more frequently as candidates by CMOs than biotherapeutic developers. For example:
We also noted that biotherapeutic developers topped CMOs in expressed interest in areas like continuous purification systems and on-line analytical and control devices. In other words, the most popular technologies are being evaluated to a greater degree by CMOs than by biodevelopers.

Chromatography, single-use products in the crosshairs
The leading downstream operational area in need of better products, as noted by CMOs—use of filters instead of resin chromatography—is in fact at its highest point in at least 5 years, based on our analysis of previous reports. The biomanufacturing industry clearly has problems with chromatography steps, which are blamed for constraints more than ultrafiltration steps or depth filtration.

CMOs’ desire for innovation in this area is supported by separate results from our study. Indeed, when we surveyed the industry on the 5 new product development areas they would most like suppliers to focus on—not just downstream—we discovered that among CMOs the top 2 were:
CMOs interests have tended to be a leading edge indicator of future adoption, so it is likely that these areas will see broader demand for new and better products in the future, as well.

In other areas of our study, we found that alternatives to Protein A resins continue to be less implemented with suitable alternatives scarce. This year, asked what their organizations had implemented to improve downstream purification operations at their facility within the past year, only 1 in 12 (8.3%) of CMOs said that they had switched to alternatives to Protein A. That figure was down from 18.2% in 2014. Interest in alternatives, however, has certainly not waned: This year, half of our CMO respondents reported having investigated Protein A alternatives, almost three times the percentage from last year. What this suggests—more investigating, fewer switching—is that the right alternatives have not yet presented themselves to CMOs, despite their continued interest.

Disposable purification devices
Meanwhile, the appearance of disposable purification products at the top of the innovation list for CMOs is to be expected, given the positive experiences CMOs report having with other single use devices. Indeed, three-quarters of CMO respondents reported investigating single-use, disposable downstream technologies could improve their downstream purification operations. CMOs were more likely to credit disposable products with operational improvements than a variety of other implementations, including downstream process optimization, and use of membrane-based filtration technologies.

Furthermore, when asked how CMOs improved their biomanufacturing performance overall last year—not just downstream—CMOs were most likely to point to the use of disposable/single-use devices, ahead of developer favorites such as overall better control of processes and better analytical testing and product release services. That result may also represent CMOs’ greater adoption of single-use devices. In fact, among disposables users, more than 8 in 10 CMOs report not unexpectedly using a greater variety of single-use products including disposable filter cartridges, buffer containers, depth filters, tangential flow filtration devices and pre-assembled tubing kids, among others.

It’s worth noting that of the 15 disposable applications we measured, penetration was lowest among CMOs for disposable chromatography devices. Again, not unexpected, given the lack of such devices currently commercially available.

Analytical assays: An emerging CMO priority
Beyond the need for better downstream and single-use equipment—disposable probes and sensors, bags and connectors—another area CMOs are expressing interest in is analytical assays. Such assays include a wide range of testing including those used routinely for QA/QC, but also far beyond, to determine and document critical aspects of the active agent/API and finished product. Even the complex characterization of biomolecules for the development of biosimilars is creating greater demand. This also appears to be a growing priority for CMOs. Looking back over recent years, this year’s 30.4% expressing interest in assay innovation is up from last year’s 11.1%. Assays, particularly including bioassays, whether in vitro or in vivo, are an area where few bioprocessing professionals and facilities have developed the needed knowledge and expertise.

Faced by a lack of in-house expertise, biomanufacturers have taken to outsourcing a greater percentage of bioassays in recent years. In this year’s study, analytical testing of bioassays was the most commonly outsourced biomanufacturing activity, outsourced to some degree by 86.3% of respondents, up from 61.4% in 2010. What’s more, industry demand for outsourced analytical testing is unlikely to abate: More than 4 in 10 respondents said they expect to outsource bioassay testing at “significantly” higher levels in the next 2 years. To put that in context, only 1 in 5 said the same about fill/finish operations, which was next on the list for outsourcing increases.

As such, CMO interest in assay innovation may well be related to the uptick in demand for their services, both current and forecast. While we didn’t break down the assay areas most urgently in need of new or improved testing methods by CMO versus biodeveloper respondents, our analysis indicates that, industry-wide, advances are sought particularly in:
A number of other areas were identified such as aggregation, in-process testing methods, etc. CMOs’ desire for assay innovation may also be related to the advent of biosimilars, which are expected to provide a boost in business for these organizations. Besides the need to assess and document product composition and quality, improved assays and analytical capabilities are necessary for biosimilars, not only to prove similarity but also to ascertain the differences between products. Between increased demand for outsourced assay testing services and the coming wave of biosimilars that require comparability testing, CMOs are likely to continue to seek out improved analytical assays in the years to come.

Conclusion
Novel technologies remains top of mind for CMOs again this year, and with the exception of assays, new technology adoption is often tied to disposable applications and downstream purification.

Our study results also suggest that CMOs aren’t shy about spending on new technologies that can improve efficiencies. Indeed, this year, more than 6 in 10 reported increasing their budgets for new technologies that improve efficiencies/costs for both upstream and downstream production. When we averaged out planned spending, we discovered that:
It’s interesting to see that unlike the industry as a whole, CMOs plan a greater lift in budgets for upstream than downstream innovation. That’s somewhat surprising given the level of challenges CMOs say they are facing in downstream processing.

This may signal a willingness to spend on downstream innovation but a recognition that the areas in which CMOs most want innovation don’t yet have suitable alternatives. Essentially, disposable alternatives to Protein A resins, for which CMOs are on the lookout, have yet to capture significant market share and/or provide significant cost savings. So while CMOs are looking to increase their downstream innovation budgets, they may be holding back bigger increases for more appealing technologies that better meet their needs. CMOs this year are focusing heavily on the implementation and integration of single-use devices, per our study results, suggesting that this is a key factor they need to take into account when investigating novel technologies.

It’s also worth remembering that innovation is not only a way for CMOs to improve efficiencies and reduce costs, but also a potential differentiator when looking to win business. As the outsourcing market grows, globalizes and features new entrants including product companies looking to put unused capacity to work, sophisticated technologies and an innovative mindset might well prove to be competitive differentiators for CMOs.

is president and managing partner at BioPlan Associates, Inc., a biotechnology and life sciences marketing research and publishing firm established in Rockville, MD in 1989. He is editor of numerous studies, including “Biopharmaceutical Technology in China,” “Advances in Large-scale Biopharmaceutical Manufacturing,” and many other industry reports. elanger@bioplanassociates.com; 301-921-5979; www.bioplanassociates.com
Related Searches
Suggested For You 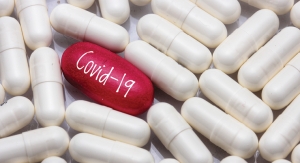 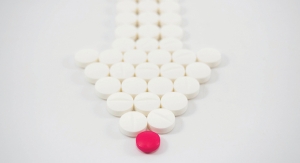 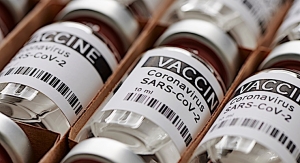 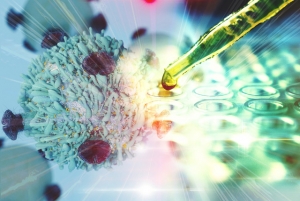 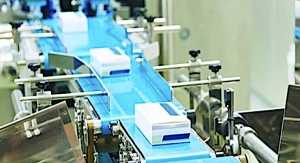 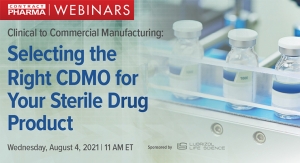 Clinical to Commercial Manufacturing: Selecting the Right CDMO for Your Sterile Drug Product 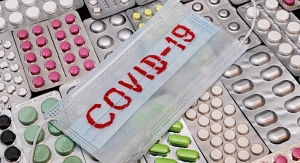 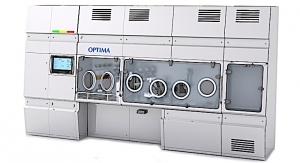 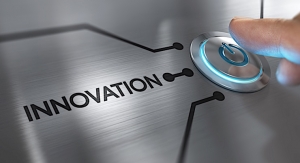 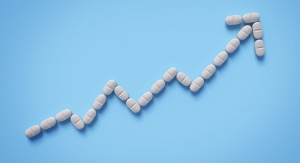 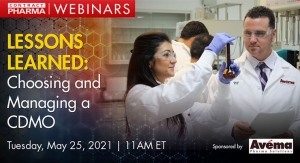 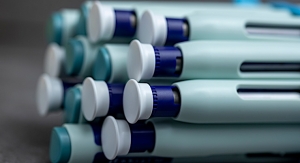 The Ever-Evolving World of Combination Products 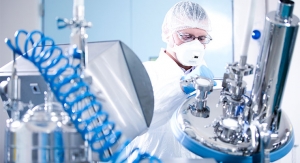 Embedding Your Drug Strategy Within a Solid Foundation for Success 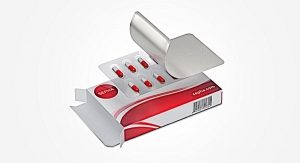 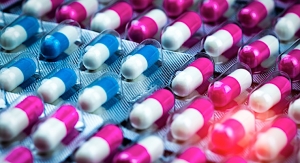