What We Have is Failure to Communicate

When it comes to implementing track and trace technology, why is Pharma dragging its feet? 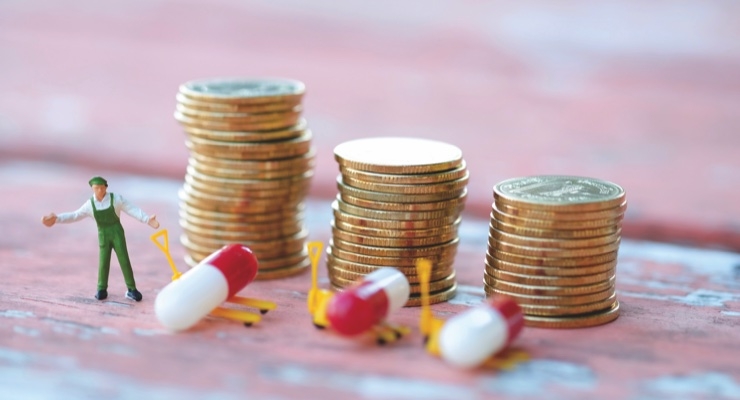 I was reading my recent issue of Businessweek and was captured by an article entitled, “How can you stop taking recalled medication, if you don’t know it’s been recalled?” It centers on many lots of ranitidine (Zantac), both branded and generic, all having various levels of the carcinogen NDMA (N-Nitrosodimethylamine). Since this was discovered in September (2019), a number of Agencies around the world have acted, and in some cases, disappointingly. Since the FDA’s initial announcement in 2018, they expanded the recall request 51 times. Apparently, our FDA can send warning letters, but a drug manufacturer can ignore them, since recalls are voluntary. Unless the FDA takes the matter to a judge and gets a court order, the product may remain on the market and continue to be sold.

In addition, the lack of traceability extends to the pharmacy, where they are not sure to whom the “problem” lots have been disbursed. A number of companies/pharmacies simply send a general note to any patient using the drug. This causes a number of problems: Former President Obama signed a law (Drug Supply Chain Security Act) in 2013 stating that in 10 years there should be a uniform national system for electronically tracing pharmaceuticals from the manufacturer to the pharmacy’s back door. U.S. manufacturers currently create and pass along electronic records of the products they sell to primary wholesalers. They, in turn, are supposed to put identifying information (including lot numbers) on the labels of products they sell. Sadly, the wholesalers do not currently have to track the lot numbers of drugs they sell to pharmacies and are resisting doing so before 2023, when mandated to do so. On top of that, the legislation completely exempts pharmacies. They will not need to track lots sold, nor required to put lot numbers on labels they type. Of course, they will still be allowed to mix lots from bulk, adding to the opacity.

The entire problem of communication information can be seen as both complex and simple. Gigabytes of information float through other industries, mostly seamlessly, each year. Two-dimensional bar codes/patterns are on Amtrak tickets, foodstuffs, automobile parts, concert and conference tickets, and many other disparate applications. Just as with PAT and QbD, the Pharma industry arrives late to the table. There exist so many ways to mark a bottle, box, blister pack, or case of drugs, it can only be blamed on laziness, greed, or not caring about patients. I’ll assume they care and aren’t too lazy. So, cost must be a driving factor.

Or, should I say “imagined cost?” Many managers fight any change, even when mandated, for fear of costs: personnel, training, hardware, down time, and errors in data are all taken into consideration. All too often the time savings, after implementation, are not included in the calculations. Much as production managers drag their feet against PAT and QbD instrumentation, solely based on cost, but ignoring benefit, so the sales department balks at any additions to existing shipment policy (or lack thereof). My personal argument for purchasing an in-line device for assaying many more, if not all, dosage forms is “compared with the cost of the instrument, how much does a recall or lawsuit cost?” Likewise, I must ask, “Compared with the hundreds of lawsuits pending, would a proper assay system with dependable tracking/notification been less or more expensive?”

A possible solution
Since, short of stronger laws and enforcement, for the near term, many solutions need to be voluntary, therefore, cost efficiencies or market competitiveness will be the strongest factors for innovation. There are some physical solutions for information distribution worth mentioning:

RFID (radio-frequency identification), used for many applications, is best known for being used by EZ-Pass for electronic toll-paying on highways. Considering that RFID is capable of identifying the person, size vehicle, and whether or not the card is funded in millisecond, while the car is traveling at highway speeds, shows how good the technology is, at present. One company (Ruro, Frederick, MD) supplies mini-RFID/bar code strips, capable of being attached to anything from a single sample bottle to cases of bottles. The product ID may be read either by a bar-code reader (near to sample) or RFID reader at a longer distance.

Companies could use the chip/barcodes on cases of products in RFID mode, while the same codes, placed on cartons or even individual bottles, could be read by traditional barcode readers by warehouses or pharmacies. The readers, with a decent range could be placed at loading docks and record which lots of which products are loaded on each truck. The driver could either have a hand-held reader or the truck (depending upon who owns it) could even be equipped with a reader (with on-board GPS) and could document which lots were off-loaded at each location. All this documentation would require zero input from the warehouse workers or the driver and avoids potential diversion of controlled dugs, as well, avoiding transcription errors or omissions.

As for the dispensing of the products, there is always the potential of small barcodes—several included with each, say bottle of 1000 tablets or capsules—being available to be torn off and attached to the patients’ bottles for reference. This would be similar to bundles of coupons at food stores, for example. Designed as a “sticky-note” they can be torn off the mini-pad and attached to the bottle dispensed, and electronically noted in the patients’ files. This would leave an e-trail of the drug from manufacture to final user. Should a recall be needed, there would be far less confusion and a far more rapid response to a recall notice.

A reverse-engineering solution would also be of benefit. Much like food or items in a department store may be scanned at stations to ascertain the cost, the barcode on a drug product could be scanned via a smartphone and the code checked on a website set up for recalled products. This is quite similar to Weight Watchers’ website, where members can check the point counts of any commercial product with a simple smartphone scan. Now would be a good time to write your Congressperson and suggest funding for a government website, possibly manned by FDA personnel to keep the recalls current. That way, even if the manufacturer hasn’t voluntarily recalled a product, at least a vigilant pharmacist or patient can check before using a drug.

Some side-benefits of this system could be an aid to the hospital or store pharmacist when she/he does inventory of wants to re-order. He/she can simply scan the bottle and print out how many have been dispensed for both diversion control or double-check for recall notices. Since many pharmacies and national dispensaries mix different lots, usually from the same company, they may also mix generic brands in the same bottle. THIS would be the point at which however many lots are used could be checked BEFORE they are mixed and dispensed. Catching recalls at the warehouse or “big-box” dispensary would eliminate both the time before “bad actors” are eliminated and having to chase after tainted batches in the hands of (potentially) thousands of patients who could be ingesting toxins without being aware of it.

The proof/result of the current system can be found in a 500-patient class action suit. Many of them had not been notified by mail; some were notified when they went to renew their prescriptions; and two found out secondhandedly, but were told by their pharmacists their lots weren’t on the recall list (in error), so they continued taking their drugs.

Additional application
One of the more labor-intensive chores in pharmaceutical manufacturing is movement of raw materials. Lots of API and excipients arrive at the producer’s warehouse, the materials are unloaded, carried to the “quarantine area,” stacked on the shelves, labeled with basically a “do not use” label, samples are taken and sent to the QC lab for checking. After some time, depending on the size of the company and number of products, the material(s) are approved, new “good-to-go” labels are printed and affixed to each container, which is probably transported to the area where approved materials are dispensed.

Imagine the time saved if, instead of multiple labels for each stage, we attached the barcodes mentioned above. The paperwork usually arrives before the batch is physically delivered, so barcode labels can be placed on each container as it is off-loaded from the truck. This information will be in the central computer and, when the lab analyses are completed and the batch accepted, the new status is entered into the computer. Now, without having to move the materials from one end of the warehouse to the other, the status of the materials is listed as “approved” and may be used. This simple system could save a massive amount of re-shuffling numerous materials within a facility.

Emil W. Ciurczak has worked in the pharmaceutical industry since 1970 for companies that include Ciba-Geigy, Sandoz, Berlex, Merck, and Purdue Pharma, where he specialized in performing method development on most types of analytical equipment. In 1983, he introduced NIR spectroscopy to pharmaceutical applications, and is generally credited as one of the first to use process analytical technologies (PAT) in drug manufacturing and development.
Related Searches