The New Wave of Innovation 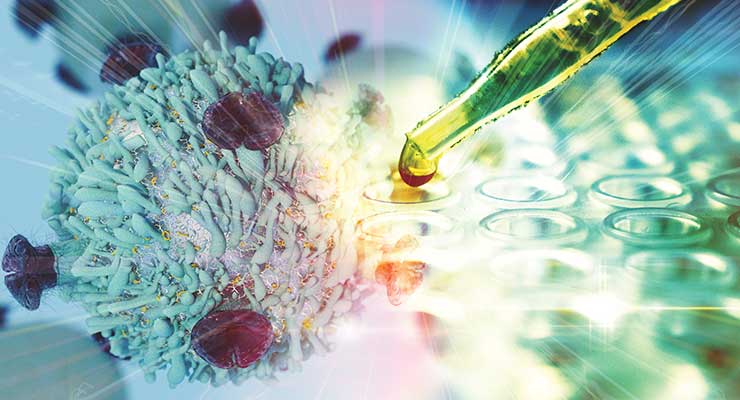 Personalized medicine represents the future of healthcare—the most revolutionary advances in this new era of targeted therapeutics are happening on the cell and gene therapy (CGT) front.

As a whole, CGTs still represent a niche product area of the pharma industry. However, the market is growing fast. In fact, the sector is expected to witness an explosive double-digit compound annual growth rate (CAGR) of 36% over the next several years, according to a report from BIS Research. The firm valued the global cell and gene therapy market at $1.07 billion in 2018 and projects it will grow $8.95 billion by 2025 to nearly $12 billion in total.

To date the FDA has approved four gene therapy products, beginning with Novartis’ Kymriah, a CAR T-cell therapy for leukemia back in August 2017.

Upon the issuance of guidance meant to provide regulatory clarity for gene therapy product developers earlier this year, FDA Commissioner Stephen Hahn said, “These therapies, once only conceptual, are rapidly becoming a therapeutic reality for an increasing number of patients with a wide range of diseases, including rare genetic disorders and autoimmune diseases.”

While the CGT industry is still in its infancy, the agency anticipates many more approvals in the coming years as evidenced by the more than 900 investigational new drug (IND) applications for ongoing clinical studies in this area. By 2025, FDA predicts it will be approving 10 to 20 cell and gene therapy products a year based on the current pipeline and clinical success rates.

“It certainly goes without saying, but our industry must continue to improve our value to patients,” said Mitchel Sivilotti, chief operating officer, of CCRM, a Canadian, public-private partnership supporting the commercialization of cell and gene therapies. “CGTs have the potential to be curative and thus provide the ultimate therapeutic option, but they must also be sustainable, in terms of affordability for health-care systems throughout the world, to offer widespread benefit. We have seen a number of clinical successes that have proven that the incredible promise of CGTs is worthy of investment. To continue this trajectory, we are driven to solve important problems in cost of goods (CoGS), safety, supply chain, regulatory, reimbursement, staffing/talent and clinical delivery, to name a few key areas.”

Audrey Greenberg, co-founder and executive managing director, The Center for Breakthrough Medicines, a new CDMO located at a former leading pharmaceutical R&D campus, now known as the Discovery Labs King of Prussia, says the manufacturing of complex molecules is currently underserved by five times. “With a robust pipeline of 362 cell and gene therapies, the industry can expect more approvals, increasing the need for additional manufacturing capacity. Research firm BioPlan Associates predicts that shortfall to increase to 50 times in five years, implying that 50 times current capacity would then be needed.”

Upping the Stakes
Based on these projections, it’s no wonder the CGT industry is a very active area of investment for the pharmaceutical industry and industry players continue to up their stakes in the gene therapy game.

For example, last year Roche paid $4.3 billion for Spark Therapeutics and entered another billion dollar collaboration deal with Sarepta. In another merger and acquisition (M&A) transaction, Astellas bought Audentes for $3 billion to expand into gene therapy. Novartis, Gilead and Celgene are also investing heavily in the CGT space through collaborations, M&A and infrastructure expansion.

However, it’s not just Big Pharma making big deals. A lot of small biotechs are grabbing headlines too. For instance, last year bluebird bio opened the doors on its $80 million manufacturing facility in Durham, NC. The company is anticipating commercial launch of Zynteglo, its gene therapy for a rare blood disorder. It is expecting rollout in the second half of this year in Europe while waiting for approval to launch in the U.S. from FDA.

While pharmaceutical companies are adding cell and gene products to the pipeline, they are increasingly looking to contract service providers who can offer development and manufacturing capabilities and expertise in the area. As a result, industry recently has witnessed some major M&A deals and capital expenditures in the CDMO space.

Catalent made its intentions clear to be a leader in the CGT service industry when it acquired Paragon Bioservices, a Baltimore, MD-based contract provider of viral vector development and manufacturing services for gene therapies, for $1.2 billion. Thermo Fisher did the same with its $1.7 billion deal for Brammer Bio, another CDMO of viral vector manufacturing for gene and cell therapies.

In terms of infrastructure expansions, Fujifilm Diosynth Biotechnologies bought Biogen’s biologics site for $890 million. The facility allows for production at scales of pre-clinical all the way through to commercial levels, including the ability to manufacture biosimilars.

Lonza made a major splash in the CGT space when it inaugurated its Houston, TX site in April 2018. As the world's largest dedicated cell and gene therapy manufacturing facility, Lonza Houston stands out as one of four centers of excellence in cell and gene therapy in a global network spanning across 3 continents. The company's latest acquisition in CGT was of Pharmacell in Europe in 2017.

Outsourcing: Opportunities & Challenges
Cell and gene therapy developers, along with their CDMOs, are evolving from a small niche pipeline to an exploding industry with upwards of one thousand companies working on development of products.

“To be competitive in the market, CDMOs are required to provide a variety of services including logistics management, analytical and sterility testing, storage, etc., in addition to the core services of delivering high quality clinical products using state-of-the-art manufacturing technologies,” said Haro Hartounian, SVP and general manager of BioCentriq, a new CDMO launched recently by the biopharma division of the New Jersey Innovation Institute (NJII) and the first university-based non-profit industry facing CDMO established in the U.S. “In a market where capital resources are hard to come by, expert support from a CDMO is valuable to small- mid- sized biotech companies that do not have the means to build their own facilities.”

“While the industry is seeing this surge of interest in development of new products and technologies, the capacity to support the cell therapy industry remains low and CDMOs with a seasoned development workforce are even more difficult to find,” said Brian Hanifin, chief operating officer of Hitachi Chemical’s regenerative medicine business sector. “This is in stark contrast to what you are seeing with many pharma companies outsourcing products to CMOs where capacity is abundant and with a view that manufacturing is no longer a required core competency.”

As the CGT industry matures, there is a huge demand for manufacturing capacity and process expertise in the gene therapy space. CDMOS we spoke to are reportedly seeing a complete shift of gears in demand as the industry moves beyond the pre-clinical and early clinical stages and understands better the challenges and complexities of manufacturing CGTs.

Partnering early in the process is key, and can help a gene or cell therapy company be ready for production with fast-paced timelines, according to Catalent’s Colleen Floreck, senior director of global strategy and marketing for cell and gene therapy.

“It is becoming ever more critical that innovators secure manufacturing space early, and investors that back such innovators are wanting to see that therapeutic companies have a manufacturing plan early in their pipeline,” she said. “External development and manufacturing partners are better suited for taking on the risk of building capacity, and have the expertise to help a customer develop an efficient process for their cell/virus type.”

In addition to the Paragon deal, Catalent bolstered its CGT capabilities when it paid $315 million for the CDMO MaSTherCell, which operates a 25,000 square-foot facility in Belgium focused on clinical services. The company is constructing a 60,000 square-foot facility adjacent to the existing building that will focus on commercial-scale manufacturing and development. It's expected to be completed by the end of 2021.

Speed to market is one issue industry continues to grapple with. “Generally, it can take 18-24 months from the start of any new project to release material for clinical trials, and industry wants to accelerate that timeline,” said Chris Murphy, vice president and general manager, viral vector services, Thermo Fisher Scientific. “We’re focused on alleviating pinch points that slow progress, including viral vector development, by providing access to analytical tools, manufacturing expertise and capacity that is purpose-built for overcoming development and commercialization complexity. As more therapies move into later stages of development or get approved, manufacturing requirements become increasingly complex and many gene therapy companies cannot take on production internally.

“In addition, because many of the treatments under development are reducing a typical extended therapy into a single dose, or ‘one and done,’ demand for many treatments (e.g. rare disease) is expected to peak in the first few years after product launch and reduce the disease incidence rate in the outer years. This impacts the approach companies will take in managing their supply chain, and CDMOs offer a solution to this.”

The key challenges and opportunities in CGTs moving forward are related to analytics, scale-up in manufacturing, and the overall cost of these type of therapies, according to Steve Pincus, head of innovation, Fujifilm Diosynth Biotechnologies (FDB), Texas.

“Currently there is not enough capacity to meet the demand to support diseases with large patient populations,” he said. “This is where the scalability approach comes into place. We also see that there are some challenges around the testing requirements for cell therapies—the time to get results and sample volume requirements. We’re seeing more and more CDMOS moving toward platform approaches for the delivery of gene therapies as a result.”

In February 2020, FDB announced the expansion of its Flexible Biomanufacturing Facility at its College Station, TX location. “The expansion of the facility is designed to support late phase and commercial manufacturing of gene therapies and other advanced therapies,” said Pincus. “This complements the extensive development and early phase manufacturing capabilities we already have.”
Related Searches