When Politics and Science Collide

COVID-19 illustrates why science should always be a principal informer of politics to make better and smarter decisions. 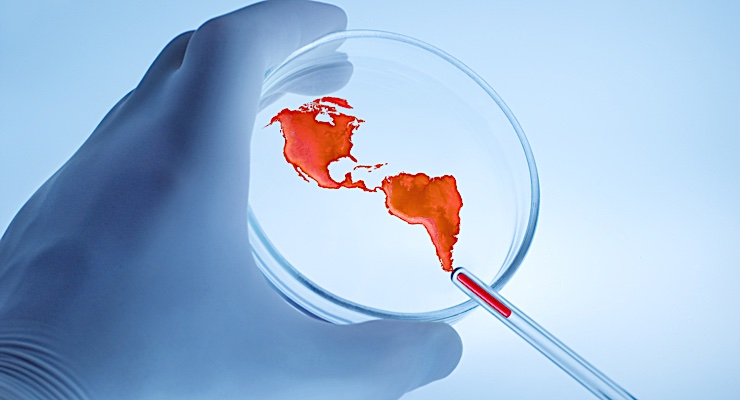 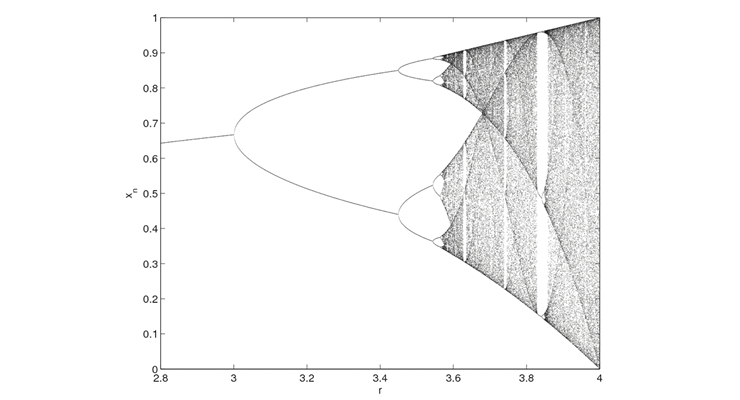 Figure 1. Example of a chaotic model.

As this article goes to print, we as a country are just days away from the next Presidential election. If you’ve been keeping up with the news cycles and debates, you’re well aware of the contentious nature of the partisanship which has been manifest. No more – and no less – than the future of economics, industrial output, healthcare and medical coverage, and countless other topics have their seeds planted in the soon-to-be-determined outcome.

I’m not sure if it’s heartening to you, or discouraging, to hear that many of the future outcomes over the next several months and years are stochastic processes—randomly determined and cannot be predicted precisely—which means there are innumerable probabilistic ‘mean free paths’ which will govern how reality actually manifests. This means that chaos from a mathematical sense is much more involved than you may appreciate, or want to appreciate!

So, poor choices made at the top, regardless of the victorious administration after the results of the election, will have their actual outcomes buffered to some degree. Conversely, some excellent choices made by the administration will actualize in a much more prosaic manner. Some of this falls under the principle of what is known as ‘regression to the mean.’

Figure 1 illustrates an example of a chaotic model. After only very few changes in initial conditions, where the line splits in what’s called a bifurcation, the outcomes become incredibly chaotic and impossible to precisely predict.

Figure 1. Example of a chaotic model.

Some things known to be true at the moment
Looking across the public health landscape, both in the context of disease surveillance and public health policy, we’ve detected increases in several states’ cases of COVID-19. These are likely due to an effect that I warned about back in March, which is that of ‘Quarantine Fatigue.’ Both the toll on businesses, as well as personal lives has been intense over the past 8 months, with travel restrictions, mask mandates, public uncertainty, and endless media hype cycles. But this situation, unfortunately, is a marathon, not a sprint.

The upcoming challenge will be the holiday season. Between activities for Halloween—not likely to pose much of a substantial risk with kids outside and distancing measures taken seriously—to Thanksgiving and Christmas, there will be very difficult decisions to be made: Should people be traveling to see family? What about the elderly and the immune-compromised? What about students returning from colleges, essentially mixing of social cohorts?

Keeping travel to a minimum, and keeping gatherings small with close contacts who are often already together represents the smartest way to go about it. But mandating the behaviors of others is something that we cannot do, so your best protection is to keep yourself safe and be your own best advocate.

We are still unlikely to see a widely-available vaccine until end of the first quarter of 2021, or even later for full distribution of competing vaccine offerings. As you may have read in various media polls, public trust in ‘rushed’ vaccines is pretty low at the moment, so ensuring that we do things right with regard to evaluating the safety and efficacy science of the various vaccine offerings is the most appropriate way to manage the vaccination programs.

We will need to retain the best principles and behaviors of infection control that we’ve seen working up to now: Distancing, ventilation, masks, isolation if ill, and so forth. In fact, Australia’s seasonal flu cases are down at the moment by 93%; and in the flu surveillance world, what we say is that ‘as Australia goes, so too will the northern hemisphere.’ This is because several circulating flu strains will begin in the southern hemisphere and are traceable in Australia, and then as the northern hemisphere enters its fall and winter cycle, some of those strains become predominant ones transmitting throughout the U.S. and EU.

At the moment, we think that the substantial decrease in proportion of flu cases in Australia has been due in large part to the COVID-19 preventive measures, which also work to reduce infection transmission of any type of respiratory illness. In addition, a small and as-yet not peer reviewed research report has suggested that those who receive a flu vaccine could be up to 39% less likely to become ill from SARS-CoV-2. Some caution is warranted with this research, as it has not yet been replicated, and is simply an observed correlation and doesn’t prove cause-and-effect.

Moderna, whose frontrunner COVID-19 vaccine candidate mRNA-1273, is finishing its Phase 3 trial. This is the final trial prior to FDA adjudication on whether it will be approved or not, and about 26,000 patients out of 30,000 have received their second dose of the two required doses. Moderna has just secured $1.1 billion in funding from various countries’ governments to manufacture and distribute its vaccine if approval is granted by the FDA. It is currently in talks with the COVAX initiative, which is backed by the World Health Organization. To give you a bit of context for future planning and decision-making, under Moderna’s tiered pricing model, some recipients will be charged between $32 and $37 per dose for the vaccine.

As more scientific information becomes available with regard to treatments and vaccines, I will deconstruct and discuss it. For example, interestingly, the antiviral drug remdesivir was found to be relatively ineffective for COVID-19 in the large-scale global SOLIDARITY clinical trial, but the FDA has recently approved it for use in adults and pediatric patients 12 and older. Politics should never have a hand in science, but science should always be a principal informer of politics to make better and smarter decisions.

Stay well, and continue to be your own best advocate for your wellbeing.

Ben Locwin
Contributing Editor
Dr. Ben Locwin, a health care executive, has worked on vaccinology and virology advisory boards, and has been on the front lines of the national coronavirus pandemic, participating in public health policy groups, and providing recommendations for government and private sector response amid its continued impact to public health and world economies. He has also worked closely with the FDA and the CDC.